What Does an Animal Ethologist Do?

If you're a pet owner, it's possible that you've made several attempts to understand what your pet is trying to tell you, but still couldn't find an explanation for their behavior. But don't worry! That's the job of an animal ethologist. 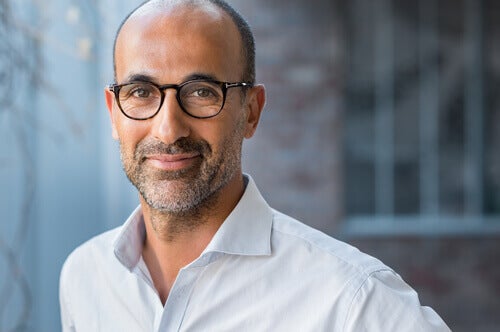 An animal ethologist is a specialist within the field of zoology, who analyzes and attempts to understand the reasons behind the behavior of an animal species. They do this by studying the species’ evolutionary basis and the development of innate behavior in animals.

Their role goes far beyond a research position at a zoo. In fact, they can work for governments, large companies, and other industries. It should also be noted that a postgraduate degree is generally required to work in this field.

What does an animal ethologist do?

Firstly, an animal ethologist will examine the social interactions between animals, including aspects such as aggression and mating rituals. In addition, they’ll also study the different forms of animal communication (physical, chemical, visual). They then use laboratory and field methodologies to address these areas.

It’s common to find that many animal ethologists also have a strong interest in related fields, including ecology and evolution.

For the most part, jobs in this field require applicants to have a postgraduate degree. In some cases, however, it might be possible to get a job in this area with a bachelor’s degree.

Understanding animal behavior is critical in determining whether individuals will reproduce and survive. This is what makes ethology so important.

Ethology takes into account both an evolutionary and a more mechanistic approach. What’s more, it aims to study animal behavior from a two-fold perspective.

1. The first deals with the mechanisms of motivation and the experiences of animals as causes of behavior, which are understood as proximate or immediate explanations.

2. The second deals with the pressures of natural selection, and the phylogenetic factors that cause the evolution of behavior, understood as ultimate or final explanations.

These two levels of study complement one another and help to achieve a more complete understanding of the behavior and evolution of species.

What specific aspects of behavior does an animal ethologist study?

It won’t surprise you to learn that ethology is an exceptionally broad field, and includes the study of:

As you can see, animal ethologists not only make important contributions to scientific knowledge, but their work also has a number of practical implications.

Understanding animal behavior is essential for any activity in which we interact with live animals, whether it be caring for domestic animals, the conservation of marine or land species, or finding ways to improve animal health.

Konrad Lorenz is recognized as one of the founding fathers of the field of ethology, the study of animal behavior. The scientist became famous for his discovery of the “attachment principle” or “imprinting”, the process by which a newborn animal forms a bond with its mother or caretaker.

How did the field of ethology first come about?

It’s widely recognized that it was the pioneering work of Konrad Lorenz and Niko Tinbergen back in the 1930s that helped to establish a theoretical basis for ethology.

Ethology has undoubtedly had an effect on disciplines as broad as genetics, anthropology, and political science, as well as psychology.

As a basic premise, ethologists believe that an animal should be studied in its own right, rather than centering it in relation to human beings. As a result, this approach implies observing an animal’s normal behavior and environment.

For example, in Konrad Lorenz’s classic experiment, he succeeded in taking the place of a mother goose, and recorded how “his goslings” followed him in single file wherever he went.

In another well-known experiment, Nikolaas “Niko” Tinbergen studied ground-nesting black-headed gulls. In doing so, he sought to explain why mother gulls remove all traces of eggshell from their nests after their chicks had hatched.

He hypothesized that the eggshell could be removed to avoid injury, prevent disease, or avoid the attention of predatory birds. Using field tests, he was able to confirm that the white interior of the shells was visible from the air, and could, in fact, attract predators.

Differences Between Comparative Psychology and Ethology
Like any other biological characteristic, behavior can be measured, and comparative psychology and ethology are two different ways of doing this. Read more »
Link copied!
Interesting Articles
Fish
The Lionfish Invasion: The Mediterranean's New Resident

Invertebrates
The Lifecycle of a Common Housefly

The common housefly (Musca domestica) is one of the most commonly recognized and widespread insects throughout the world. House flies…