The most typical ecosystems of these natural reserves are savannahs, jungles, and forests, where a multitude of mammals, birds, and reptiles can be seen. 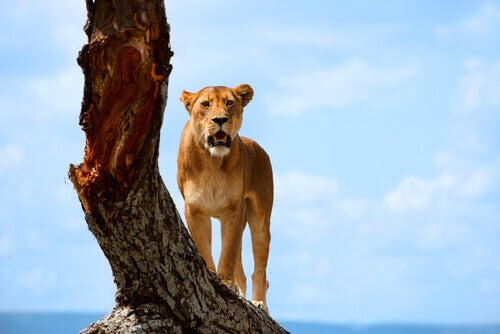 The African territory is really amazing and full of wonders! A great diversity of animals and natural landscapes make this continent well worth visiting. If you’re organizing a trip around this continent, we recommend that you visit some of its most outstanding natural areas. Find out below which are the best national parks in Africa!

Which national parks in Africa should you visit?

This question is very difficult to answer since there are more than 100 parks throughout the continent. The three countries with the highest density of preserved areas are Tanzania, Kenya, and Gabon, and the most common habitats are jungles, forests, and savannahs. Among them we can highlight:

This is one of the most famous national parks in Africa and is located in Tanzania. It covers an area of 8,000 square miles and is home to the ‘big five’: buffalo, rhinoceros, lions, leopards, and elephants. In addition, it’s also the home of thousands of wildebeest, which make one of the most impressive annual migrations.

The Serengeti National Park (this article’s featured photo) is also home to zebras, hyenas, vultures, ostriches, owls, hippopotamuses, giraffes, cheetahs and even fossils and remains of human civilizations. Today, the Masai tribe still lives here, inhabitants of the region for thousands of years.

When we think of national parks in Africa, this reserve located in South Africa automatically comes to mind. The reserve covers an area of almost 11,800 square miles. Moreover, the park used to be a game and hunting reserve until the 1920s, but in 1926 it officially became a protected area.

Kruger National Park has an excellent road network, which means that most places are accessible even with two-wheel drive vehicles.

Among the typical fauna that lives inside Kruger Park, we can find zebras, oxen, elephants, lions, hippos, leopards, rhinos, meerkats, crocodiles, and cheetahs. In addition, there are more than 500 species of birds that can be seen here, and half of them are year-round residents. Those who like to be in full contact with nature can sleep in the private camps and lodges. They’ll also be well guarded!

This park is located in Namibia and is one of the largest national parks in the world, covering more than 13,600 square miles. It’s a large scrubland that contains savannahs, dry salt ponds, and several depressions. Moreover, it’s also the home of more than 100 species of animals, including lions, elephants, zebras, springboks, rhinos, and giraffes.

The Etosha National Park was founded in 1907 and has gradually extended its territory. It rains a lot between the months of October and May, and animals take this opportunity to drink and refresh themselves. They can do this in pools or lagoons that are naturally formed in the area. During the rainy season, temperatures can reach highs of up to 104°F.

This park is located in Ethiopia, specifically between the mountains of the same name. It’s within the Amhara region, where the fourth highest peak in Africa, the Ras Dashen, is located. Moreover, the park was created in 1969 and covers 40,000 acres, including grasslands, forests, and rocky outcrops.

In the Simien Mountains, we can find the Ethiopian wolf, the eared vulture, the Abyssinian goat, the brown eagle, the brown hawk, and the kestrel. One of the main inhabitants of the park are the gelada monkeys, similar to baboons but with a red ‘spot’ on their chest.

The last of the African national parks on this list is located in the Democratic Republic of Congo, between the Virunga Mountains and the Ruwenzori Mountains. Nevertheless, it was the first to become a reserved area on the continent and became famous for being home to mountain gorillas, an endangered species.

In addition, this region is home to large groups of hippos, elephants, giraffes, okapis, chimpanzees, coffee buffaloes, and endemic birds. They live specifically in the vicinity of, and within, Lake Edward.

Have you ever dreamed of visiting the African continent? We hope this article has inspired you to take the leap and explore these magical lands!