We will always remember those classic, fun and adventurous films of our time. Especially those that have to do with somewhat dangerous animal species. The movies we present you with in this article are all starring predators or aggressive specimens, which surely gave more than a scare to both the characters and, of course, the public. 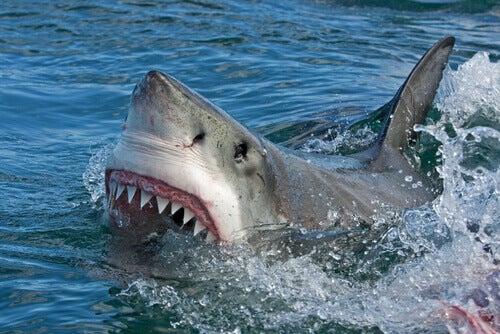 Cinema has given us many stories about friendly and loving (and also very human-like) pets willing to live heroic or fun adventures. However, the movie world has also shown us the darker side of some members of the great animal kingdom. Therefore, in this article, we present you with a review of 5 movies about dangerous animals (at least in fiction).

Among all the movies in which dangerous animals become a real or made-up threat, there’s a little bit of everything. We can find anything from faultless classics to B-class films that fulfill their goal of entertaining you very well. Many remarkable failures have also been filmed, but mostly sequels. Here’s our own selection:

This classic 1975 film brought its director, Steven Spielberg, to fame. It tells about the attack of a great white shark in a small resort town on the East Coast of the U.S. However, it also shows how a shark hunter, an oceanographer, and the local police chief try their best to capture it and stop it from attacking more people.

The movie’s great success came in several sequels, and a couple of other films tried to imitate it or ride its fame. None of them managed to beat it or even match it, of course.

The Royal Spanish Academy dictionary defines the “Marabunta” as a “mass population of certain migratory ants that devour everything edible they can find on their path”. Well, this is what Charlton Heston, this film’s protagonist and main character, faces in the jungle. In addition, this movie was filmed in 1954 and was directed by Byron Haskin.

Set in a South American jungle, the film tells the story of the owner of a large cocoa plantation that’s threatened by these predatory insects. Meanwhile, the man also wages the battle of trying to rebuild a relationship with his wife (Eleanor Parker), who isn’t able to adapt to the place.

Many film enthusiasts consider this movie one of Alfred Hitchcock’s many masterpieces. The film stands out for depicting these winged beings (who are generally harmless) as being super aggressive with humans. Best of all, the movie never explains the reason for this strange reaction from the animals.

Released in 1963, the story takes place in a quiet town on the North American west coast. One day, suddenly, all kinds of birds begin to attack its inhabitants. Starring Tippi Hedren and Rod Taylor, the director achieves sublime moments by only using the bird’s loud squawking.

In addition to stories with friendly or heroic pets, the film industry has also made sure to offer us films about animals that are unfriendly to humans. Here’s an arbitrary selection of this type of films.

From the Venezuelan jungle, fear in the form of a poisonous species of spider arrives at a Californian village. The intruder mixes with local arachnids and, soon, hundreds of these arthropods begin to sow death in their wake.

Directed by Frank Marshall and produced by Steven Spielberg, the film dates back to 1990 and stars Jeff Daniels and John Goodman, as well as all the spiders in question. The director also used some real tarantulas that inhabit South America for filming. However, the film caused protests from some people interested in spiders. They claimed the film gave the insects a bad press and affected their public image negatively. Spiders’ rights!

Going deep into the Amazon jungle could bring you some unpleasant surprises. Especially if, instead of the tribe you’re looking for, you come across a giant killer snake. This is what happens to a group of documentalists who stumble upon the feared anaconda.

Directed by Luis Llosa and starring Jennifer Lopez and Jon Voight, the film was dismissed by critics. Nevertheless, it earned considerable revenue and even a sequel was made. This is just more proof that in the movies, as with life, nothing is set in stone.

What do you think of this movie list? Are there any of these films you haven’t seen yet? We strongly recommend watching them with an empty stomach, if you’re one of those people with a weak tummy!