This NGO rescued 1400 wild animals in 2017 and managed to return 1000 of these to the wild; however, a lack of support from the local government could lead to its closure. 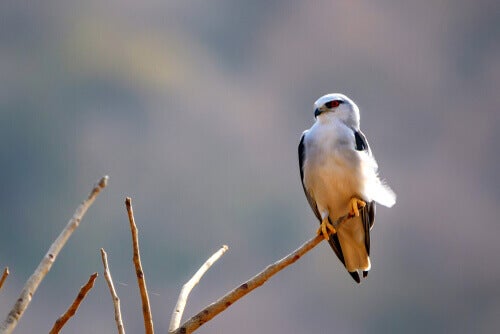 In Spain, there are several rescue centers, both public and private, that rescue wildlife. But few are as well known as AMUS (Acción por el Mundo Salvaje, Action for a Wild World). However, this NGO, founded in 1995, says that it’s in serious danger.

AMUS carries out its wild animal rescue activity through an animal hospital with dozens of professionals. They all work hard to save any injured wild animal that arrives at the center, located in Villafranca de los Barros, a small town in Extremadura.

When the animals recover, thanks to the hospital’s facilities and the knowledge of the staff, they’re released into the wild. Lots of people come to watch as they’re released, and politicians often take the opportunity to get a photo.

AMUS, vital for the wildlife of the Iberian Peninsula

This center has also been the focal point of hundreds of school visits to the area, with the aim of teaching young people about protecting nature. This education would be another huge loss were the center to close.

The work of the center has also included contributing to the training of thousands of vets, scientists and other professionals. AMUS is a place where professionals from all over Europe learn about the rehabilitation and conservation of endangered birds.

The professionals at AMUS have been working in wildlife conservation in Extremadura for two decades; today, thanks to them, bird and nature tourism is one of the great assets of this region. Of course, there are still many people who aren’t interested.

A rescue center with conservation projects

However, the Extremadura rescue center isn’t just dedicated to rescuing injured animals: in its 23 years of history it has also set up a number of conservation projects for endangered species.

Many of these conservation projects are related to carrion-feeding birds. These birds of prey, such as the various species of vultures in Spain, have been the target of AMUS conservation activity through GPS tracking, anti-poison campaigns and the promotion of middens or refuse heaps.

Another example of the tireless work of AMUS and other rescue centers are their campaigns to protect the clutches of the Montagu’s and marsh harriers. These birds lay their eggs in cereal fields, which means their clutches are in danger from farming.

AMUS has also managed to attach GPS trackers to numerous endangered species, such as the golden eagle. In addition, they’re home to several individuals of endangered species that aren’t fit for release; they use these to breed the endangered animals and then release the offspring into the wild.

AMUS is running out of funding

Months ago, the NGO warned the government of Extremadura about the critical situation they’re going through: the center needs 150,000 euros per year, but the government has only approved 10% of that figure in its budget, according to AMUS.

Although the center is private, it’s important to remember that governments can and do claim ownership of wild animals when it benefits them. However, when it comes to rescuing these animals, the centers are forced to rely on donations and sponsorships from private individuals to cover their expenses.

In 2017, AMUS rescued almost 1400 wild animals, and released almost 1000 of these. This is a very high percentage for a rescue center.

How you can help

There are many ways to contribute to AMUS and other NGOs that protect animals. Specifically, the campaign #SalvemosAMUS (Let’s Save AMUS) has been launched on social networks to remind the government of Extremadura of the importance of the center.

Normally, these rescue centers work with sponsorships, donations, and volunteers. If you’ve ever wanted to help protect animals, maybe this is a good time: you can get information on the AMUS website about how to collaborate, or check out a center where you live.