The harpy eagle is the largest bird of prey living in the Amazon forests. Due to its size, it needs vast areas to be able to cover its food needs and special reproduction conditions. 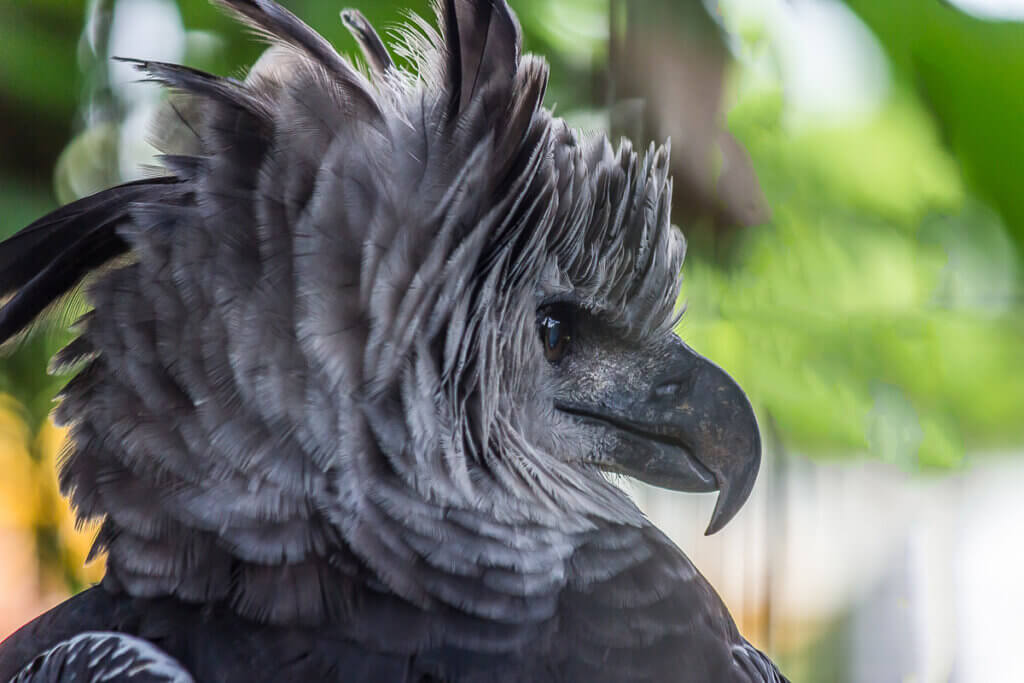 The harpy eagle or the American harpy eagle (Harpia harpyja) is the largest and most powerful bird of prey that lives in the Amazon forests. There are about 60 known species of eagles in the world, of which only two live in the United States and Canada. Another nine live between Central and South America. The species that make up the rest of the group are native to Africa and Eurasia.

It’s interesting to know that its name comes from the harpies of Greek mythology. The harpies were originally described as beautiful winged women, daughters of Electra and Taumante. In general, these birds can live from 25 to 35 years.

It’s common to find a confusing image when it comes to the taxonomy of these birds. However, the advent of molecular techniques has smoothed the task of classification. At present, there are three recognized genera–Harpia, Morphnus, and Harpyopsis–that form the same clade.

It’s important to note that each of these genera has only one species. In addition, the species Harpia harpyja and Morphnus guianensis share the same geographical distribution and some physical traits. For this reason, it’s easy to confuse them in sightings.

As for body size, it can vary from 35 to 40 inches, while the wingspan can reach 6 and a half feet in the adult female. In general, males are smaller, weighing between 11 and 16.5 pounds, while females weigh 15.5 to 20 pounds, approximately.

The head and thighs are light gray and the neck has a dark band. A bifurcated crest or crown of long black feathers stands out in this bird, which it extends when it feels threatened. Some experts suggest that the crown can serve to focus its sound, similar to the facial disc of an owl.

The harpy eagle has a black or dark gray beak, the legs are light yellow with powerful black claws that can measure from 3 to 5 inches long.

First of all, it’s necessary to point out that, during the bird’s development, the plumage goes through at least four color changes before adulthood. In fact, they don’t reach full adult plumage until they’re 4-5 years old.

Thus, the youngest go from being entirely white chicks to having a cream gray back and wings with black splashes. In the juvenile stage, they have a tail with 7-8 black stripes and a much more luxuriant crest than the mature bird.

One way to distinguish between them is that in Harpia harpyja, you can see the longer ridge. This ridge is clearly separated in two points, with a fork in the middle. In addition, it’s also useful to observe them in flight; only the Harpia harpyja displays its black and white stripes on the wings.

The geographical distribution of the harpy eagle

These birds inhabit tropical and subtropical forests, lowlands, and hills. Given the constant intervention of these areas in Central and South America, the species has adapted to some degree to the fragmentation of its habitat.

Thus, the harpy eagle can survive in isolated patches of primary forests, selectively logged forests, and second-growth forests if they offer some large trees. In addition, its usual range is up to 2625 feet above sea level, but it’s been sighted at up to 6560 feet.

This species lives from southern Mexico and Central America, south to Colombia and Venezuela, and east to Bolivia, Brazil, northeast Argentina and Paraguay. Harpy eagles previously occupied western Colombia and Ecuador, but have been driven out of those regions.

Harpia harpyja is a powerful predator

This bird of prey has a varied diet. Various studies indicate that its favorite food is arboreal mammals such as sloths. It also hunts monkeys, agoutis, armadillos, and deer. What’s more, it can feed on other birds, like macaws and other parrots. And finally, they may also eat reptiles, including large lizards and snakes.

There are reports that this predator can hunt prey that exceeds its own weight. Like most hunters, it helps keep prey populations under control. Therefore, harpies have an important role in controlling mesopredators such as capuchin monkeys.

The harpy eagle is a strongly territorial daytime predator, requiring areas of at least 18 square miles for proper hunting. In addition, these birds form monogamous pairs that mate for life. It’s common to observe couples with a third juvenile eagle: their young.

It’s important to note that these birds use vocalizations to communicate with each other and in mating rituals. They often produce vocalizations while sitting on perches, which experts believe to be a territorial behavior. This bird is incredibly skilled in flight and can maneuver through its dense forest habitat.

Conservation status of the harpy eagle

The harpy eagle appears on the IUCN Red List as Near Threatened, and the population is declining. In general, the species has been extirpated in areas with a lot of human activity.

This is mainly due to the destruction of its habitat by logging and agriculture. In addition, there’s the construction of works such as dams and reforestation with exotic species for the timber industry. Trade between collectors and falconry also represent a threat.

What’s more, there have been reports that the harpy eagle is pursued by farmers, who perceive eagles as predators of livestock. Programs are being established to educate farmers and hunters to increase awareness and understanding of harpy eagles.

Eurasian Eagle-Owl: Characteristics, Behavior and Habitat
Meet the Eurasian Eagle-owl, the largest nocturnal bird of prey on the planet. They live in many different landscapes, from desers to mountains. Read more »
Link copied!
Interesting Articles
Birds
5 Species of Geese