The Smallest Birds in the World

If these tiny birds stand out for something apart from their size, it's likely their striking colored feathers. 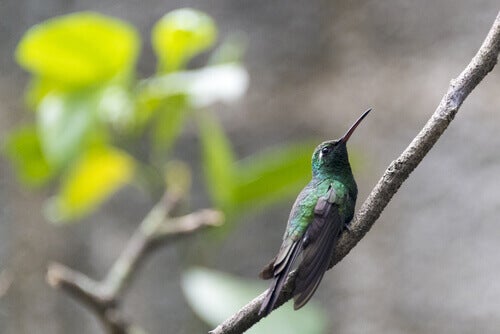 This enormous and diverse family of animals with feathers, wings, and beaks of different colors and sizes has something for everyone, from gigantic ostriches to tiny hummingbirds. In this article, we’re going to talk about the smallest birds in the world.

What are the smallest birds in the world?

These miniature birds are only a few inches long but we can easily spot them because of their striking feathers, beautiful songs, and speed. Here’s the list of the smallest birds in the world:

First, we have the bee hummingbird, otherwise known as the world’s smallest bird. This bird can be found on the main island of Cuba, though it has been spotted on Cuba’s Isle of the Youth. Its scientific name is Mellisuga Helenae, which comes from the hummingbird’s tradition of sucking nectar and honey, and the name Helen, who was the wife of the naturist Charles Booth.

Males are smaller than the females, and their plumage is a metallic blue on the wings, white on the stomach, and red on the neck. The females have bluish-green shades, a white chest, and white spots on the tail. Of course, shades will vary from bird to bird.

Bee hummingbirds are only about 2 inches long from beak to tail and weigh less than an ounce (about .07 ounces, to be precise). Because these birds are so small, their nests are only about an inch in diameter and their eggs are almost invisible to the human eye.

The gerygone, or peep-warbler, is endemic to Australia. And, while small in stature (only about 3.5 inches long), it’s still nearly double the size of the bee hummingbird. The gerygone has brown wings, grey feet, yellow eyes, and their tails are brown with black spots. Additionally, males and females are the same colors.

You can hear this bird’s beautiful song in the forests and jungles across Australia, where it feeds on larva and insects. The gerygone’s eggs are brown with light speckles. Each mating season, the females will lay two or three eggs.

Also native to Australia, the pardalote can only be found on the island state of Tasmania. In fact, the majority of the pardalote population is on Tasmania’s Maria Island. This bird is quite a sedentary species and is in danger of extinction due to habitat loss.

The pardalote is about 4 inches in length. It has a white body with grey specks, black wings, and a yellow-colored head.

The goldcrest is one of the smallest birds in the world, but that’s not the only reason it stands out. In fact, it gets its name from the gold and black crest at the top of its head, which contrasts strikingly with its grey body.

The goldcrest is the smallest bird in Europe at about 3.5 inches in length with a 5.5-inch wingspan. This bird lives in the lower branches of trees and makes its nests out of moss and lichen. Twice a year between April and July, females lay about seven or eight eggs.

This tiny bird eats mostly spiders and insects, and has a quick, high-pitch call, almost like a whistle.

Finally, the American goldfinch has several names around the continent: canary or yellow goldfinch, linnet, and wild canary. It lives in North America and some islands in the Caribbean, one of which is the Bahamas. One of the most notable characteristics of this bird is that its plumage changes color during the year and is very different in males and females (sexual dimorphism).

The males have green or brown feathers that turn yellow during the mating season. Females, on the other hand, are a brownish-grey, though their feathers become more vibrant during the summer.

The American goldfinch is a monogamous species no more than 5.5 inches long and weighing around .7 ounces. Because of its short beak, this bird eats small seeds. It typically inhabits fields and meadows close to towns and cities.
The Fascinating Life of a Hummingbird
In this article, we'll tell you about the fascinating life of a hummingbird, a very nice little bird. Its wings move so fast, you can't see them. Read more »
Link copied!
Interesting Articles
Birds
The Effects of Climate Change and Plastic Pollution on Seabirds

Birds
All About the European Kestrel

The European kestrel is a daytime bird of prey similar to the eagle. It’s easy to see mainly in peninsular…