Going out to to the countryside gives us the gift of incomparable visual images. But, today we want to talk about Orthopterans, the violinists of the field that bring music to our countryside experiences. 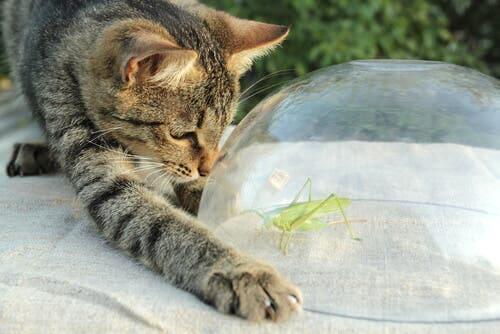 Orthopterans are an order of insects that are capable of using their legs to create music-like sounds. They produce the typical sounds that we’re used to hearing when we spend time in the countryside. The sort of song that we know as stridulation (chirping sound) is typical in these animals. Today, we’ll take a closer look at “nature’s violinists” who, along with birds and cicadas, bring music to our outdoor experiences.

There are more than 19,000 species in the Orthoptera order. Most of them are tropical, but, in general, members of this order live all over the world. Within this order, we can find grasshoppers, crickets, and locusts.

This order of insects consists of two separate suborders:

As we’ve already mentioned, one of the most notable characteristics of orthopterans is their ability to stridulate. In the Ensifera suborder, these insects make music by rubbing their front wings against each other.

However, in the case of Caelifera, we can observe different adaptations when it comes to stridulation:

Each species emits its own peculiar sound which is very different from the sounds of the other species. The reason is that all of these species “sing”, principally, as a way to court females. And it’s important for females to be able to recognize the mating call of the males of their own species.

These insects possess the noteworthy ability to emit ultrasonic sounds that are inaudible to human beings.

Gregariousness is a common phenomenon among many orthopterans. There are some species that take this behavior to an extreme, both during their time on the ground (as nymphs) as well as in the air (adults). These insects cause incalculable damage to crops.

Example of the most prominent gregarious species among nature’s violinists

Migratory locusts tend to increase their numbers easily and migrate by forming large swarms that devour any vegetation they find in their path. They form colossal clouds of individuals that can reach up to some 124 billion.

From the most ancient times, human beings have recorded the existence of these plagues. And to this day, they still make up one of the most serious problems when it comes to agriculture.

The special case of crickets

Crickets are also on our list of nature’s violinists. They too, like grasshoppers, belong to the orthoptera order. However, they’re different in that their antennae are filiform and long.

When it comes to playing music, their song is similar to that of the green locust. And, like green locusts, they possess “ears” (eardrums, actually) on their front legs.

Are Orthopterans the only violinists in nature?

Cicadas are a superfamily of large insects known as Cicadoidea that belong to the Hemiptera order. The song that male cicadas produce in order to attract females is very recognizable. They produce their music by means of a stridulator device on the sides of their first abdominal segment. This organ consists of chitinous membranes known as timpani and pockets of air that work like sounding boards.

It’s said that the power of their “song” increases as temperature rise. That’s why cicadas seem to chirp with greater intensity during heat waves and during the warmest hours of the day.

Cicadas lay their eggs without covering them up at all, usually one at a time. They lay them both on the ground as well as in the cracks of tree bark. Still others insert their eggs in the stems and leaves of trees, perforating them with their ovipositors.

In contrast, members of the Acrididae family place their eggs within a hard or rubbery capsule. Then they proceed to bury it in the ground, although some species deposit their eggs in the trunks of trees.

It’s also interesting to note that there are species of cicada that are entirely carnivorous and capture caterpillars or other insects. Others feed partly off of leaves and grass and complete their diet with insects. 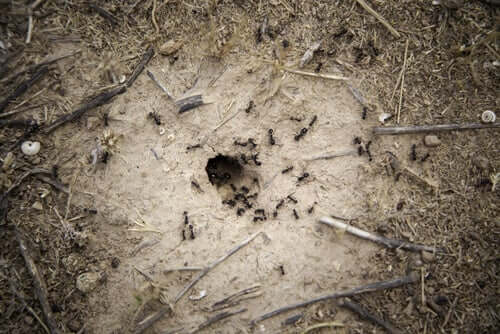 Keeping Insects as Pets: Ant Farms
While they might not be your first choice of pet, ant farms can be an excellent way to teach children about the responsibilities of being a pet owner. Read more »
Interesting Articles 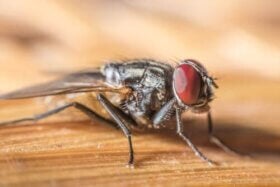 Flies can be very annoying. They can appear anywhere and we usually associate them with dirty spaces. Some species of flies are more common than others. However, you need to be careful with the species that transmit diseases. We’ll tell… 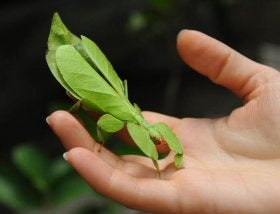 The Phasmida are animals that are tremendously skilled in the art of insect camouflage and mimicry. The term “Phasmids” shares… 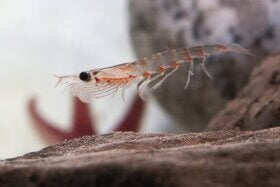 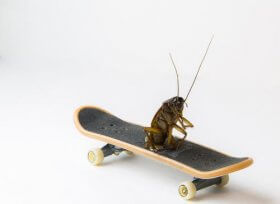 Invertebrates
Why Are Cockroaches Believed to Be the Oldest Insect?

Cockroaches are said to be one of the oldest insects on the planet. This is because fossil remains have been… 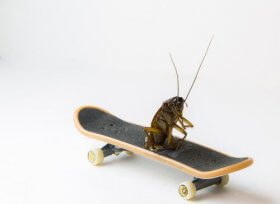