Waggle Dance: The Dance of the Bees

The waggle dance, or dance of the bees, is the way these insects locate food and communicate it to their partners. 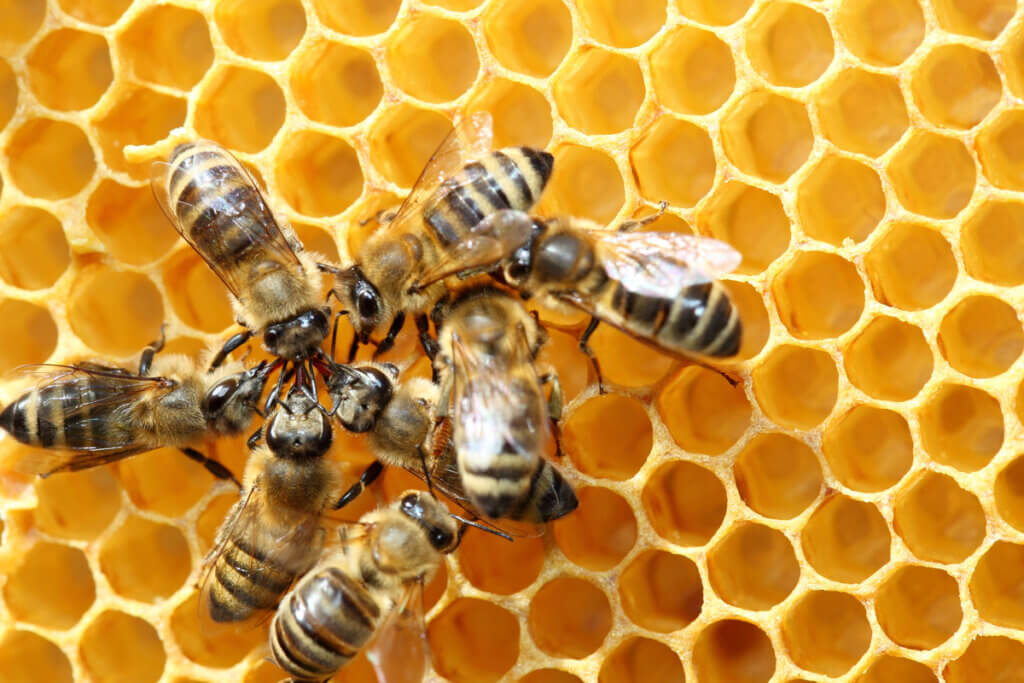 How honey bees locate food is a question that has intrigued naturalists for centuries, as communication between many animals still remains a secret to ethologists. Relatively recently, the waggle dance, a complex system of communication through body movements, was discovered. Read on to learn more about this curious and sophisticated behavior.

The waggle dance: The secret language of bees

Honey bees (Apis mellifera) are insects with a complex social structure. Living in hives, they feed on the nectar of flowers in nature. Therefore, they play a key role in the pollination of ecosystems and the maintenance of flora.

We know the waggle dance as a complex communication system that worker bees use. Through this dance, they transmit to the rest of the honeycomb the direction and distance of the flowers they find in their search. They do so through a series of movements and “waggling” of the body.

Broadly speaking, there are two types of bee dances: A round dance and a dance with swaying. When a food source is less than 50 meters away from the worker, it performs a round dance. The duration of the dance indicates the distance to the food source, but without specifying the direction.

The waggle dance takes place when the bee has found the food source more than 150 meters (500 feet) away. The worker who performs it flies in a straight line, returns in a semicircle to the starting point, and then performs an opposite and symmetrical movement.

While making the central movement, the bee’s body performs a “waggle” from side to side. At the same time, it emits a low-frequency sound. The distance of the moment of swaying is a rough indication of the distance of the flowers.

The angle marks the direction

As we’ve seen, the representation of the distance at which the flowers are located is quite simple. However, understanding how bees communicate the direction in which the food is located is somewhat more complex.

If the direction is a particular angle, say 60 degrees west of the sun, the bee will make that angle to the vertical. Thus, these winged insects know the direction of their food sources with a relatively complex dance.

A patient and interrupted investigation

This system was discovered by the Austrian ethologist Karl Von Frisch, a renowned researcher of these insects who started working in the 1930s. However, after the Nazi party came to power in Germany, he was removed from his responsibilities for having Jewish ancestors.

Still, due to a terrible plague on the hives in Bavaria, he was called upon to try and stop it, and he was able to continue his research. In the end, after a great deal of effort, he managed to demonstrate this mechanism, which earned him the Nobel Prize in Physiology in 1973.

Can we communicate with bees?

Now that we have learned how the bee dance works, we can explore some possibilities that are opening up. One of them is to communicate with these intelligent creatures, that is, to imitate their dance in order to see if they’d be able to interpret it correctly.

A group of researchers from Harvard University began working with RoboBee, a small robot shaped like an insect.

This device is very useful for taking environmental data thanks to its small size and its versatility and on this occasion it was used to analyze animal behavior. RoboBee was introduced in a beehive and after that it imitated the well-known dance.

A schematization of the bee dance.

As the researchers expected, a group of bees appeared just at the place indicated by the dance. In short, as we can see, technology allows us to learn much more about animals, and even communicate with them.

What Does an Animal Ethologist Do?
An animal ethologist is a specialist, who analyzes and attempts to understand the reasons behind the behavior of a species. Read more »