What Is an Animal Generation?

What effects does a new animal generation have on a population? And how can inbreeding in each generation affect a species? 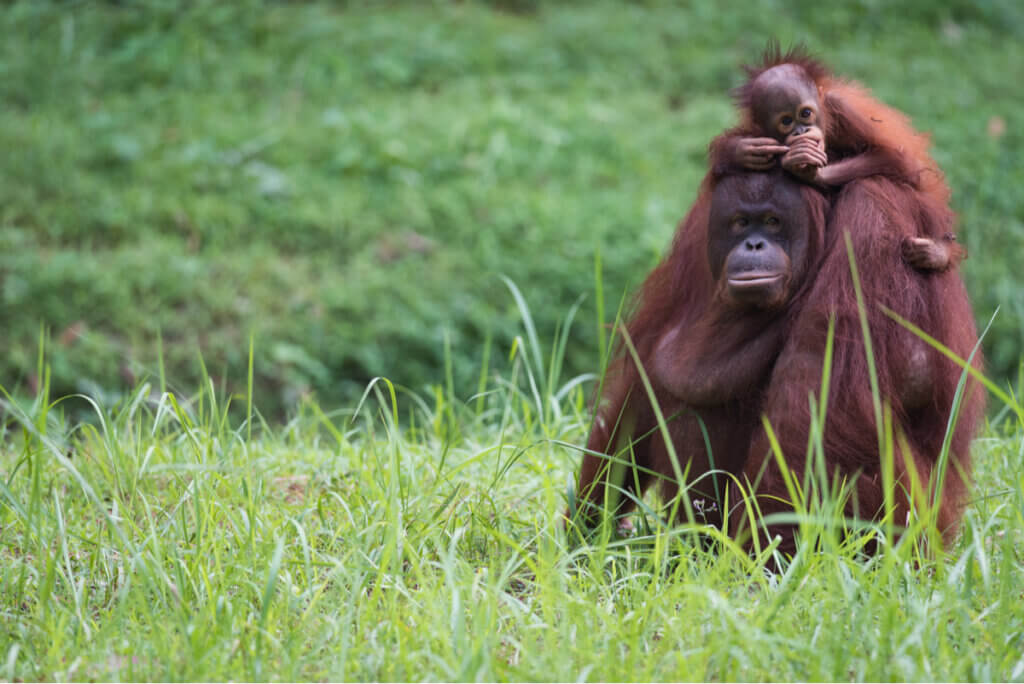 There are three key functions that define living beings: Nutrition, relationship, and reproduction. A living organism needs nourishment to develop and maintain itself. It needs to relate to other individuals and to its environment, and must also reproduce and leave offspring. At this point, what we know as an animal generation is the being or set of beings that appear in a population after the reproduction of their parents.

Although it may seem relatively simple, each new animal generation will have to face great challenges, perhaps different from those their parents faced.

Thus, the genetics they receive from their parents, which in turn come from many previous generations, are key to survival. Do you want to know everything involved in an animal generation? Read on.

When two animals mate and produce offspring, we expect them to carry half of their mother’s genetic load and half of their father’s. In other words, we expect offspring to be a mix between the two. However, we often observe offspring that look more like one parent than the other, so why does this happen?

Within the DNA we find dominant alleles and recessive alleles. These alleles are the different alternatives of a gene. An animal generation can show physical characteristics that have nothing to do with that of its parents.

For example, imagine a couple of black rabbits that have white rabbits as their descendants. What may have happened here? Well, maybe the gene that codes for the color black in the rabbits is a dominant allele. If, within the gene for hair color, the parents had one dominant allele and one recessive allele, then it’s the color black that will appear.

When they reproduced, the gametes (eggs and sperm) only carried the recessive allele. Therefore, the rabbit descendants had no choice but to be white.

Now imagine that all the black parents disappear. For whatever reason, that genetic information would be lost and only the white rabbits would be remain. Unfortunately, the white coat isn’t the most optimal coat unless you live in the snow. This example serves to explain, in great detail, how genetic loss affects each animal generation.

Genetic diversity is key to the survival of species as such. Thus, when a population of individuals undergoes a decrease in its diversity, it has a greater chance of disappearing.

The frequency with which these alleles are produced in the population also influences the size of its genetic diversity, as small spontaneous mutations can increase the variety of alleles over time.

With each animal generation, this genetic diversity can increase. And, if extrapolated to evolutionary time, it’s one of the reasons why new species are appearing on the planet.

One of the reasons why animals enter the list of endangered species is inbreeding. Although, in reality, the real causes are deforestation, habitat loss, fragmentation, or indiscriminate hunting that causes the isolation of a population. So, inbreeding is the consequence of these factors.

There are two types of inbreeding; one is random or unintentional, while the other is intentional. In the first case, the intentional mating of closely related animals, such as siblings or parents and children, results in a brutal loss of genetic diversity. At the same time, it leads to the appearance of genetic diseases or lower resistance to pathogens.

This type of inbreeding is the one that occurs among wildlife when the number of individuals has decreased greatly due to a lack of places to live. Similarly, it occurs in those animals that have been isolated as a result of fragmentation. These populations are destined to disappear.

On the other hand, we find random inbreeding as a result of genetic drift. Genetic drift is an evolutionary force that, together with natural selection, causes changes in the frequency of the alleles over evolutionary time.

When a species has a low allele frequency and all its alleles are the same for a gene, any disturbance in the environment can cause its disappearance. This is why some species disappear faster than others when humans break down any aspect of their ecosystem.

Strategies for avoiding inbreeding with each animal generation

In nature, within well-balanced ecosystems, each species has its own strategies to avoid inbreeding and thus increase genetic variety in each generation.

In some animal groups, such as lions, there is a matrilineal hierarchy. Within it, the females of each generation usually stay within the group but the males leave.

Every so often, a new male arrives and commits infanticide so that the females go into heat. As monstrous as it may seem, this behavior assures the population a new genetic load that will strengthen the species.

In other cases, the dispersive movements of the offspring to get away from their parents and to be able to create new couples are key to avoid inbreeding. Large migrations are another good example of dispersive movement in mass and at great distances.

In the end, large groups of individuals – that are very different from each other genetically – will gather to find a mate and reproduce.

The destruction of habitat causes a reduction in the territories that many species have established. In addition, the possibility of finding new places to settle and thus create a new generation of genetically diverse animals almost disappears.

The disappearance of a species is not the result of one single cause. It’s not the indiscriminate hunting that kills the species, but rather the lack of a place to live and being forced to reproduce with closely related individuals that makes a species disappear.