Matrilineal Polyandry in the Animal Kingdom

Polyandry is the reproductive strategy that some species of the animal kingdom carry out. In it, females copulate with two or more males to ensure offspring. 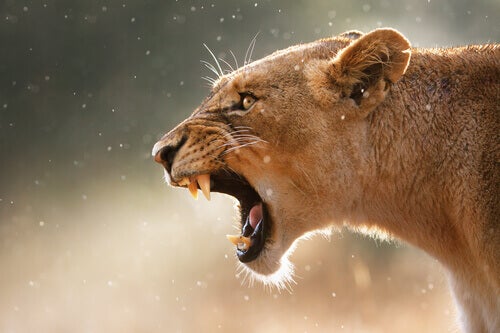 The term polyandry comes from the Greek polýs (many) and Andros (man), and refers to the females of the animal kingdom that copulate with more than one male to ensure viable and fertile offspring.

Polyandry is one of the main three types of mating in the animal world, along with monogamy and polygyny (in the latter a male copulates with many females) which Darwin described in the 19th century.

Until recently, monogamy was considered the most typical form of female sexual behavior. This may be due in part to the predominantly male scientific world of the 19th century focusing on preconceptions of female behavior. Also, recent access to genetic testing in animal offspring revealed that seemingly monogamous episodes actually weren’t.

Today we know monogamy is a nuanced reproductive strategy. In fact, true monogamy requires the female to become unreceptive after copulation. Continue reading to find out more about this rather interesting topic.

Breaking the myth of monogamy

The behavior of birds used to be one of the best ways to explain and understand animal sexuality. For decades, direct observation of their behavior suggested they normally mated for life.

This belief disappeared after the first studies of DNA in the offspring of “monogamous” birds. It revealed the chicks had different fathers. After this, the paradigm of monogamous birds and of sexual relations as we understood it were refuted.

The benefits of polyandry in the animal kingdom

Historically, it’s been considered that females obtained everything they needed from a single mate. That is, the fertilization of all their eggs was the result of a single sperm supply.

Today we know there are other modes of reproduction and reproductive strategies. In fact, they’re equally beneficial from an evolutionary perspective. This is because they’ve been maintained over time and thus are viable. Specifically, polyandry offers the following advantages for those species that practice it:

How does polyandry in the animal kingdom affect males?

Just as the females have their own strategies, species with polyandrous males also have their mechanisms to compete with the rest.

When a female copulates with several males in a short period of time, the sperm will compete with each other to reach the oocyte. Therefore, in some cases, males have strategies to avoid this competition:

Could this be the best reproductive strategy for females?

There are no better or worse reproductive strategies. The pressures of natural selection have led  many species to the evolutionary moment we currently find ourselves in. The factors that may have caused the emergence of one strategy or another could be countless.

5 Species That Are Led by Females
Traditionally, people have always believed that in the animal kingdom the males lead the groups. However, there are many species with matriarchal societies where the females lead. Read more »
Link copied!
Interesting Articles
Wild Animals
5 Animals that Live in Grasslands