The Fauna of the Galapagos Islands

Beyond the large turtles, on the Galapagos Islands you can also see various exotic species of mammals, birds, and reptiles. 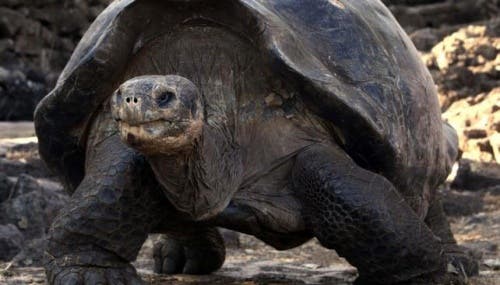 Located in the heart of the Pacific Ocean, the Galapagos Islands are almost 620 miles from the American continent. This archipelago is part of Ecuador and is famous for its giant tortoises. However, the fauna of the Galapagos Islands is much more extensive. In fact, these animals helped Darwin develop his theory of evolution. In this article, we’ll tell you about the animals that inhabit this region.

What is the fauna of the Galapagos Islands like?

The Galapagos is made up of 19 islands and 107 rocky islets. These islands are home to dozens of animals, both native and brought by humans. However, some species are endemic to the islands and can only be found there and nowhere else.

Without a doubt, the fauna of the Galapagos Islands is one of the reasons to visit this beautiful place. It’s only located several hours’ by plane from the mainland. During your stay, you might feel like a researcher or a biologist. However, we’re sure you’re going to want to take lots of pictures of animals living there, including:

These are the hallmark of the islands. In fact, they’re responsible for the name of the entire archipelago. In addition, within the Galapagos, you can find various subspecies with small variations in their shells or sizes. Most of the local turtles live about 150 years. They also can weigh up to 880 pounds and measure three feet in length.

In different sectors of the islands, you can admire them walking around looking for food. The best place to observe these magnificent creatures is Finca El Manzanillo. Between June and August, the females go down to the coast to spawn. However, keep your distance. You shouldn’t touch them or interrupt their process.

In addition to land turtles, you can also find several marine specimens, especially green sea turtles. These animals feed near the coasts. You can also see them if you dive into the crystal clear waters.

This is another example of the typical fauna of the Galapagos Islands. There are both terrestrial and marine iguanas. The terrestrial iguanas are endemic to the island. Depending on where on the islands they live, they may be different colors or sizes. In fact, Isabela Island is home to the most land iguanas. They feed on cacti and can live for about 60 years.

Marine iguanas, also endemic, live and hunt in the water. They also have the ability to dive up to 30 feet in search of food. These animals are dark-colored and you can often see them sunbathing among the rocks on the coast. They’re cold-blooded and need to warm themselves daily.

Among the almost 50 different species of birds that inhabit the islands, the finches are the most numerous. Darwin’s finches are passerine birds whose wings, beaks, and sizes differ depending on where they live on the islands.

This animal owes its name to the fact that the naturalist spent a lot of time analyzing these birds during his stay in the region. Darwin then continued his studies when he returned to England.

Believe it or not, these Ecuadorian islands are one of the few places on the planet where you can swim with sea lions in their natural habitat. If you like snorkeling, we recommend the Santa Fe area. These cute animals will come to you to play.

If you travel to the Galapagos Islands during the breeding season, you can see babies on the beach while their mothers are feeding them. Of course, you shouldn’t get too close, as the mothers can get quite aggressive when protecting their young.

Many tourists come to the islands to see this particular bird. As the name implies, they have striking turquoise blue legs. Their beaks and faces are also blue, although the shade is more subdued.

Blue-footed boobies are everywhere on these islands. In fact, they seem to enjoy visitors because they sit still while visitors are taking pictures. It’s also worth admiring them while they’re in flight.

Wildlife Of The Galapagos Islands
Their small population and location in the middle of the ocean make the wildlife of the Galapagos Islands completely unique. Read more »
Link copied!
Interesting Articles
Mammals
All About the Southern Right Whale Dolphin