When it comes to dog breeds from England, the list is quite long. Today, we'll take a look at 8 of the most popular and well-known. 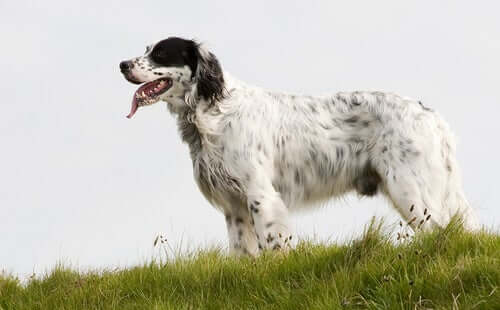 Great Britain, in general, is one of the most prolific territories when it comes to the creation of companion and work animals. Therefore, it should be no surprise that there are almost 40 different English canine breeds. What’s more, many of them are among the most popular breeds in the world. In today’s article, we’ll take a look at 8 of the most famous dog breeds from England.

What are the main dog breeds from England?

We could say that many of the dog breeds from England have spread far beyond this country’s borders. Today, you can find them no matter where you are. Of the nearly 40 English breeds that exist, it’s hard to choose just a few. But we’ll take this opportunity to tell you more about the most popular and world-renowned:

These dog breed from England is medium in size. Being a hound with a very developed sense of smell, the beagle is commonly used to track rabbits and hares. They became famous during the Elizabethan era, as the queen was a fan of this breed in particular.

The beagle has large ears, and its coats can have up to three colors (brown, black, and white). It’s peaceful, happy, intelligent, decided, resolute, and somewhat of a guardian.

It’s important to note that beagles are prone to epilepsy, hypothyroidism, and becoming overweight.

This breed belongs to the Terrier group and is an excellent example of an English breed. One of its main characteristics is its triangular head and its long snout. Most bull terriers are white, although they can have tiger or tawny stripes. They are easy to groom given their short hair.

Bull Terriers are very fun and caring. They are also very active, which means they require plenty of exercise in order to burn off energy.

This breed is symbolic of England and emerged during the 17th century to participate in dog fights. Fortunately, this “sport” has been illegal there since 1835. Bulldogs are somewhat chubby and stocky, and their heads are large in proportion to their bodies. They have short, straight hair (reddish, white, beige, or even tiger-striped) and they have several folds and wrinkles in their coat. Their mouths hang down and, as for their health, they are somewhat prone to respiratory problems.

The fourth canine on our list of dog breeds from England is a true royal. Since the 16th century, Cavalier King Charles Spaniels have served as companions of the English court. Therefore, you can spot them in various paintings from that time period. They carry the name of King Charles II, who was a huge fan of this breed.

These dogs are small in size, happy, active, and belong to the water dog group. If you own one of these dogs as a pet, make sure you always use a leash when going for walks. If not, your dog is likely to try to chase after everything it sees.

Another very well-known English dog breed is the Jack Russell Terrier. However, interestingly enough, the beginning of this animal’s development took place in Australia.

They have small bodies that are mostly white, with some brown spots around their ears and face. These terriers are alert, independent, agile, strong and tough. It’s normal for them to bark in order to locate their prey and to want to dig in the dirt.

This hunting dog’s name comes from its ability to “point” to its prey. The origins of this breed go back to the 17th century when it was common to hunt with muskets. The English Pointer is a descendant of the Bracco. However, experts are uncertain whether it comes from the French, English, or Spanish Bracco. These dogs have an exceptional sense of smell, never get tired of searching, and can run long distances without difficulty.

While the origins of this breed go all the way back to the Middle Ages in France, several specimens were brought to England and crossed with the Pointer. Later, other Setters appeared, such as the Welsh Setter and the Irish Setter. The English Setter emerged in the 19th century to work in the fields.

These setters are medium in size and have black and white spotted fur – sort of like a Dalmatian but with long hair. As for their character, they are active, friendly, and easy to train. They need continuous company and don’t take on just one owner. Rather, they get along with the entire family and with close friends as well. They require patience during training given their somewhat “wild” nature.

And finally, last on our list of dog breeds from England is the Norwich Terrier. These animals were raised to hunt small rodents. They have a friendly personality and are a popular companion dog. The first specimen was born in East Anglia in the 19th century, and finding them outside of England is becoming less and less common. 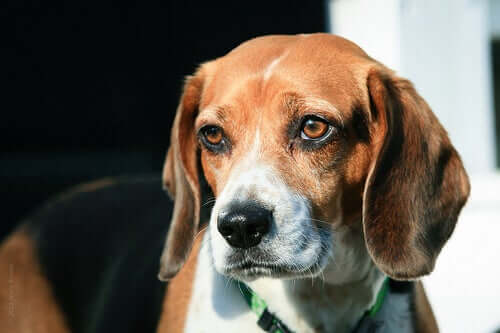 European Dog Breeds – The Classics
Though most breeds come from Germany, France, and Spain, one could say that there's at least one specimen of a European dog breed from every country. Read more »
Interesting Articles