Some Great Pet-Inspired Songs You Never Knew About

Throughout the history of popular music, a large number of songs about animals were written. Many tributes have been made to these beloved animals. 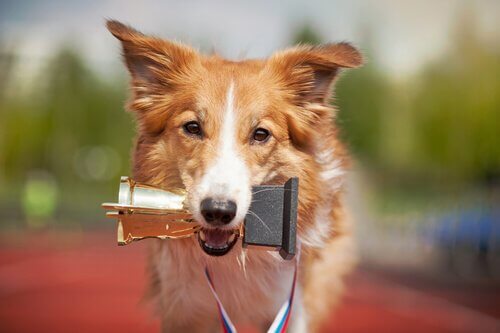 Composers have long written pet-inspired songs in various formats and styles, some modern and some older. However, the one thing they all have in common is that they’re all about the love some people feel for these special friends. Continue reading for some great stories about pet-inspired songs.

Seamus was the pet that inspired a blues song with his barking, and the song bears his name. Subsequently, the song appeared on Pink Floyd’s album “Meddle” (1971).

How did the idea come about? It seems that the guitarist of the group, David Gilmour, who looked after Seamus temporarily, noticed how Seamus howled every time he played the guitar –this is common in dogs when they listen to music. Nevertheless, Gilmour incorporated the song on their next album.

Here’s another example of pet-inspired songs. Delilah was the name of Freddie Mercury’s favorite cat. The singer of Queen shared his home in London with many cats.

This pet song that inspired Freddie Mercury appeared on the album “Innuendo,” and was released in 1991. It seems that the legendary singer loved his cat immensely, and Delilah was by the frontman’s side throughout his illness, until the day he died.

One of the last things Freddie supposedly did before he died was to stroke Delilah’s hair. About his cat, Mercury said: You’re irresistible. You make me smile when I’m about to cry. You give me hope, you make me laugh, and I like it.

Now to the current music scene. Miley Cyrus, who has a weakness for animals and pets dedicated Fleetwood Mac’s Landslide to her pet dog Floyd, now deceased, in one of her concerts because he used to listen to the song with her. Furthermore, the singer later wrote a song dedicated to a blowfish she had, after the animal died. The name of the fish was “Pablow” and that’s the name of the song too.

Miley’s lyrics say How can you love someone you’ve never touched?/You lived underwater but I love you so much

Strider was the dog of Led Zeppelin vocalist, Robert Plant. He named it after one of the main characters in The Lord of the Rings. Surprisingly, Robert adored his dog’s barking.

The song Bron-Y-Aur Stomp off was included in the Led Zeppelin III album. Plant said of his dog: Tell your friends all around the world, ain’t no companion like a blue eyed merle.

In the album The Fall (2009) by Norah Jones, who is a singer, composer, pianist, and actress, there is a song called The Man of the Hour. The song is about her poodle Ralph.

About Ralph, Norah says: It’s him or me, that’s what he said. But I can’t choose between a vegan and a pothead, so I chose you because you’re sweet and you give me lots of lovin’. And you eat meat. And that’s how you became my only man of the hour.

In his song Old King, from his album Harvest Moon (1992), Neil Young talks about Elvis, his dog, who went along with him to his tours.

These are the words of Neil in regard to his dog: That old King was a friend of mine, never knew a dog that was half as fine. I may find one, you never do know, ’cause I still got a long way to go.

Eric Clapton released his song There’s One in Every Crowd in 1975, which he used for the cover of the album, together with a picture of his dog Jeep.

Furthermore, the dog inspired the instrumental song I remember Jeep, written by George Harrison, a good friend of Eric. He also included the song in his 1970 triple album All Things Must Pass.

Paul Hayden has a cat named Woody, and, apparently, the animal runs away every spring and then returns, dirty and smelly. Furthermore, the song, dedicated to Woody is included in the album called Elk-lake Serenade.

In the words of the author and singer: I’d be worried if you didn’t do this every spring when the grass grows, and there’s birds in trees, and the sun shines, and you don’t need me.

Paul McCartney is known for being a member of The Beatles and a solo singer too. However, he’s also a pro-animal activist. The relationship he had with his English shepherd dog, Martha, is well-known, and she even posed with the quartet in many of their promotional photo shoots.

The album The Beatles, more commonly known as The White Album came out in 1968. One of their songs, dedicated to McCartney’s Martha opens the B side of the first LP and goes something like this: Martha, my dear, you have always been my inspiration. Please, be good to me. 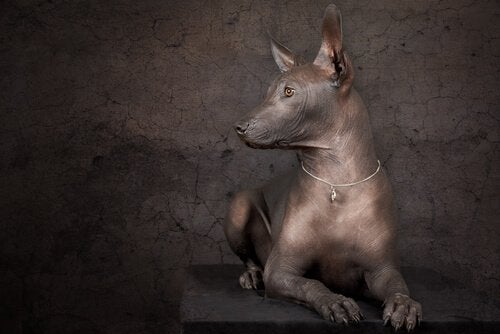 4 Great Works of Art With Dogs in Them
Dogs are a big part of our lives, so it shouldn't come as a surprise that they show up in many important pieces of art. Read on to learn more! Read more »
Interesting Articles 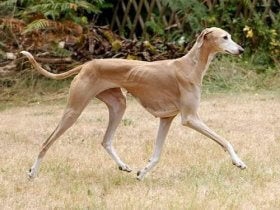