Here are Some Spanish Dog Breeds

Read this article to learn about Spanish dog breeds, from the smallest ones to the strongest and most protective. 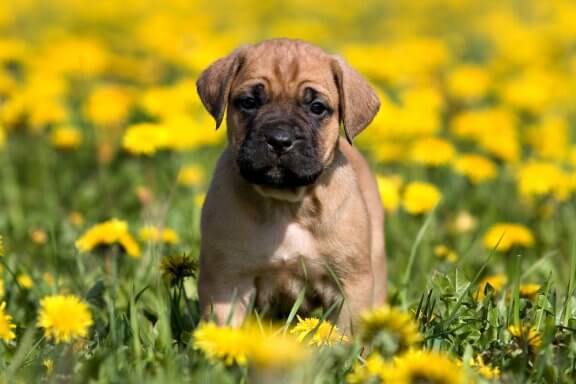 They have their own identity of being noble and intelligent. The Spanish dog breeds considered to be true natives by the Real Sociedad Canina de España have a history of loyalty, hard work, and are part of Spanish tradition.

Since ancient times, people domesticated dogs to help us hunt and herd animals. As time went on, people also started to use them as guides, guards, watchers, and pets.

There are lots of Spanish dog breeds

Spanish dog breeds come in all shapes, colors, sizes, and types. Scientific studies have shown that they all come from a common ancestor, the wolf, and they’ve taken root all over the country.

Lots of Spanish dog breeds have had to be saved from near extinction. The Real Sociedad Canina de España’s list (approved by the World Canine Organization), is proof that those efforts succeeded.

For example, people thought the Spanish Alaunt was extinct for most of the 20th century. However, in 1980, Spanish dog experts decided to try to bring it back because it had practically disappeared due to crossbreeding with boxers and mastiffs.

They found some purebred Alaunts in Vizcaya and Burgos and they were used to help bring the breed back. They made this beautiful, native Spanish dog into reality again.

The World Canine Organization (WCO) recognizes 337 breeds. Of those, 21 are native to Spain. The Real Sociedad Canina de España divided its breeds into the several WCO groups and the dogs are categorized by size, weight, color, build, fur, and lineage.

One part of the list is dedicated to sheepdogs. The Spanish dog breeds in it are the Majorca Shepherd Dog, the Catalan Sheepdog, the Perro Majorero, the Basque Shepherd dog, the Garafian Shepherd, and the Carea Leonés.

Many of these originated in the Balearic Islands. They’re generally large, medium-weight, and completely black, or with a white spot on their chests. They’re also tough, strong, agile, and can have either short or long fur.

They make great guard dogs because they’re very protective. People used to use them to help ward off wolves and bears.

The third group is made up of terriers, the Ratonero Bodeguero Anadaluz, and the Gos Rater Valencià. They’re agile and fast, which makes them great at hunting mice and rats.

The fourth worldwide group only includes Dachsunds, or wiener dogs. Due to these breeds being exclusively from Germany, the Spanish list leaves this category blank, along with group 9.

Spitz and “primitive” dogs are in group 5. This includes the Canary Islands Hound, the Ibizan Hound, the Andalucian Hound, the Maneto, and the Valencian Hound. Native to Andalucia, they’re great at small-game hunting — both during the night and day.

Scent hounds are group 6. The Spanish Scent Hound is best at small-game hunting, though some people use them for big-game hunting, too. They’re medium-sized and have a compact frame and strong legs. They also have large ears, straight and short fur, and a sweet look in their eyes.

Group 7 are pointers. The Spanish pointer, the Navarra pointer are both popular hunting dogs. They can handle just about any terrain and any kind of hunting, and they’re obedient and strong.

Retrievers and water dogs make up group 8. People use them for herding animals, hunting, and even fishing. They have a long history on the Spanish peninsula, and the highest numbers of them are located in Andalucía. However, they generally work as shepherds there.

Group 10 includes the Spanish greyhound, an ancient dog breed. These dogs are particularly good at hunting hares because they’re so fast and have such good eyesight. They’re also great at helping to hunt boar, foxes, and rabbits. They’ve been exported widely and are the ancestors of the English Greyhound.

These Spanish dog breeds (some brought back from near extinction) are hard-working, loyal, and intelligent. Maybe learning about them will make you want to adopt one and help keep their noble legacy alive!