The Hard-Working and Tough Anatolian Shepherd

This breed has spent a thousand years fulfilling the role of guard dog and shepherd. They're intelligent, active, and independent animals. However, they're also protective and attached to their families. 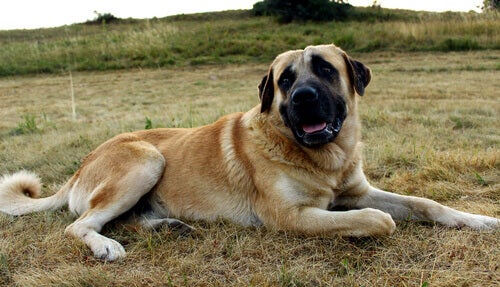 The Anatolian Shepherd is a breed that people have used to protect and shepherd cattle for many years in the region that gives this dog their name. They have an imposing appearance, but a unique character. We invite you to learn more about this giant dog.

The story of the Anatolian shepherd

People believe that the Anatolian shepherd has been a watchdog for 6,000 years. In fact, there are records of their use during the last 4,000 years. These dogs were common in the Anatolian peninsula. However, in recent decades, they’re common in Europe and the United States.

As a result of their imposing bodies and physical abilities, these are perfect mountain watchdogs. They’re intelligent enough to guide cattle. In addition, they’re strong enough and formidable enough to protect the cattle from predators, such as wolves and bears.

Since the 1950s, this dog became common in American homes as a companion dog. In fact, these dogs still have protective instincts. Also, their love of long walks hasn’t waned, even when living in urban environments.

The Anatolian Shepherd is a large, muscular dog. However, appearances can be deceiving. Their necks and heads are so wide that they appear bulkier than they really are.

However, they’re still imposing dogs. Both males and females usually reach a height of between two and three feet. They can also weigh around 130 pounds.

As for their physical appearance, they have a large head and wide neck. The ears are small in proportion and are close to the sides of their heads. Their ears and snouts are black. However, unlike other similar breeds, such as mastiffs, their lips are tight and don’t hang.

In addition, these dogs have long tails that hang down when they’re resting. However, they can even wrap it around their backs when they’re alert. Also, the hair on their tails is slightly longer than on the rest of their bodies.

In proportion to the overall size of this dog, they actually have shallow chests and slim stomachs. For instance, if the size of their heads were consistent with the rest of the body, these dogs would be even bigger and bulkier.

These dogs have semi-long hair. In fact, they actually have woolly undercoats that protect them from extreme temperatures. They can have hair of many colors, but they’re usually tan with black faces and ears.

This dog has the character of mountain sheepdogs. They’re independent, vigorous, active, intelligent, and protective. These shepherding dogs are very attached to their human and animal families. They’ll defend them if they believe there’s any danger.

In addition, these dogs are brave and aren’t easily intimidated. Due to their size and independence, they aren’t dogs you can force to obey you. However, with training based on respect and positive reinforcement, this breed can be easily trained.

Due to their work in the mountains, they’re dogs that need lots of physical and mental exercise as pets. As a result, these dogs don’t usually enjoy city life. Instead, they’re much happier in rural settings where they can take long walks and explore.

Caring for this breed

This breed of dog is prone to various inherited diseases. This is due to their size and their genetics.

Regarding health problems due to their size, hip and elbow dysplasia, as well as stomach torsions, are common. In addition, if you walk in the mountains a lot with this dog, you need to be very careful with hygiene. For example, you need to frequently check their coat for ticks.

In terms of hereditary diseases, some people have noted a higher frequency of maxillary problems and eye problems, such as entropion. In addition, hyperthyroidism is also a problem. However, you should consult a veterinarian about the prevention of these conditions, as well as treatments.

Due to their coat, you also need to brush their hair at least once a week to remove shedding hair and prevent any skin problems. However, you should do this more frequently when they’re shedding a lot. In addition, thanks to their undercoat, we don’t recommend cutting their hair in the summer. It actually helps protect them from heat.

The Anatolian Shepherd is an ancient dog breed. Thanks to their physique and character, they’ve worked for centuries protecting herds in Turkey. They’re active, intelligent, and independent animals. You can’t force this dog to follow orders. You can only convince them to respect you.