8 Reasons Why Your Dog Eats Stones

If your dog eats stones or licks them regularly, they may have a mood or gastrointestinal problem. Find out with us how to tackle it effectively. 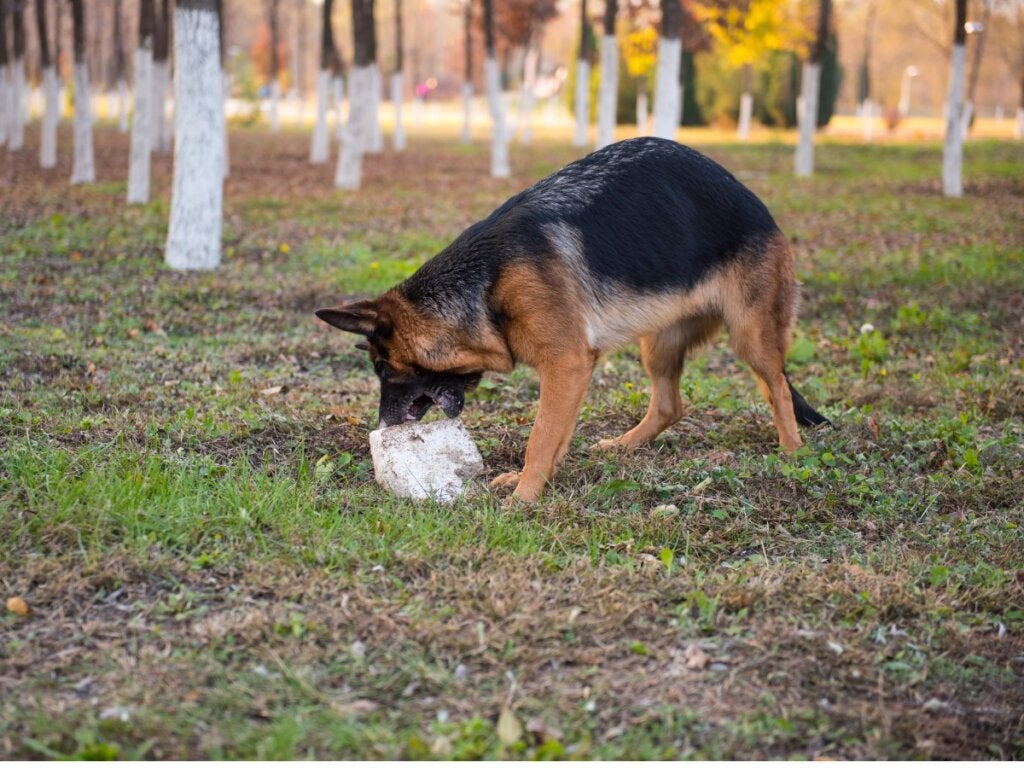 Dogs are curious animals by nature. Sometimes they eat things that can hurt them or they sniff out some creature that may sting them. It almost always ends badly! Some atypical behavior patterns can indicate a physiological or mental problem. Here are some reasons why your dog eats stones.

Stones are everywhere on a dog’s walk – from the park to the drive home, there are plenty of opportunities for the dog to interact with them, for better and for worse. Unfortunately, ingesting mineral material can lead to intestinal blockages, colon perforations, and broken teeth. Get to know with us the 8 causes of this conflictive behavior.

1. Why your dog eats stones: curiosity

Puppies perceive the world very differently from their adult counterparts. During their first months of life, dogs learn to interact with the environment through the trial and error method i.e. try everything and if something bad happens, don’t do it again.

If your dog is a puppy, they may put stones in s their mouth because they’re curious or because they like the smell. Although it’s not what we’d want them to do, it’s relatively normal in canids and many other mammals. Learning is part of development in all vertebrates.

Reward conditioning modulates the behavior of dogs in the long term. One of the reasons your dog eats stones may be that you have inadvertently encouraged the behavior. For example, by trying to remove the stone from its mouth, it may think it’s a game, and they’ll repeat the action.

To avoid this problem, the best thing you can do is to try to divert the dog’s attention. Don’t try to get the stone out of its mouth – divert their attention to another harmless toy or object long enough and they’ll let it go on their own.

Pica is a disorder that occurs in both dogs and humans. In this condition, the animal compulsively ingests or licks non-nutritive objects for no apparent reason, including stones, sticks and other common elements in the environment. This can be a clear sign of a psychological condition, so it requires immediate professional attention.

As the American Kennel Club indicates, dogs often eat grass. Experts believe that they do it to regurgitate and purge their intestines. However, only 25% of dogs vomit after ingesting this vegetable and less than 10% have gastrointestinal symptoms before doing so. Even so, the intake of grass is associated with intestinal discomfort.

This same premise could explain another reason why your dog eats stones. The dog can try to alleviate its gastric discomfort with behaviors as atypical as this one. If  they do it regularly, and have other associated symptoms — vomiting, diarrhea, and abdominal pain — don’t hesitate to go to the vet.

A bored dog can try to channel its energy in many ways. If they don’t get enough exercise on a day-to-day basis, they may tend to bite and break things (destructive behaviors) and even be aggressive. If a stone is the first thing it has on hand, it will bite into it to release tension.

If a dog doesn’t receive enough attention, then it may carry out negative behavior to get its owner’s attention. In other words, one of the reasons your dog eats stones may be simply because they want you to listen to them.

This can be solved with basic training techniques. As we’ve said, don’t try to remove the stone from the animal’s mouth or turn the interaction into a game or a fight. Teach the animal oral commands with the help of a canine trainer – put it down and throw it – and put them into practice in situations like this. Keep your voice calm but firm and don’t despair.

Once the stone is thrown, you can give the animal affection and rewards in the form of goodies suitable for dogs. They need to associate ignoring stones with something positive.

Puppies begin to develop “baby” teeth around 3 weeks of age, but it isn’t until 6 months of age that the complete transformation between deciduous and permanent dentition occurs. At this stage, dogs tend to bite almost everything around them, in order to train their jaws and relieve pain.

If your dog chooses a stone as a chewing toy, simply swap it quickly for one that’s suitable for them. Once the dog’s permanent dentition is established, this behavior should be drastically reduced.

A mineral deficiency is another possible reason why your dog eats stones. After all, what could be richer in minerals than a stone? This behavior isn’t only seen in canids, but is also present in many other animals, including humans. In professional terms, it is known as geophagy.

In these cases, it’s necessary to go to a veterinarian to readjust the dog’s diet. Also, check for anemia and a possible underlying cause.

Although it may seem like funny or anecdotal behavior, the repeated ingestion of rocks in time can cause the dog a number of very serious problems. Among them, we can highlight the following:

As you can see, there are many reasons why your dog may eat stones. From pica disorder to tooth growth, a dog can choose this harmless element to help alleviate certain symptoms. It’s the owner’s job to replace this behavior with another that provides well-being to the dog, but without endangering its oral and gastric system. 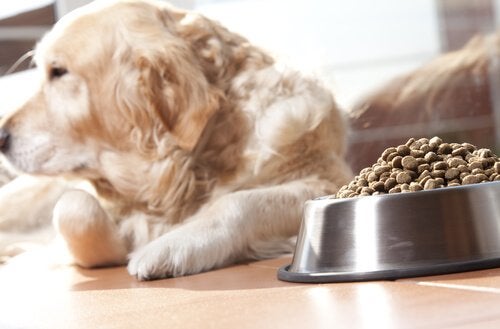 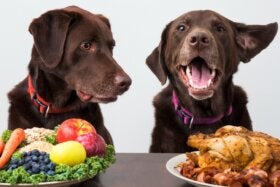 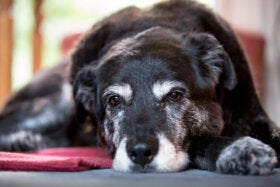 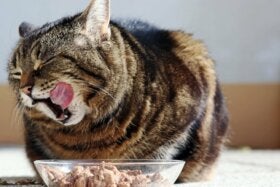 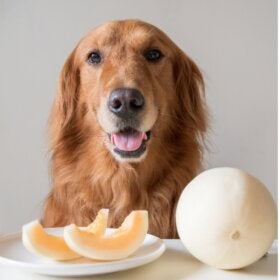 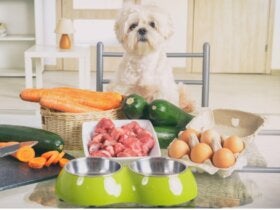 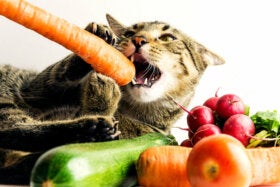 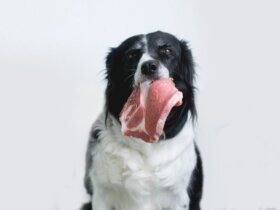 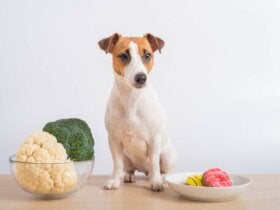 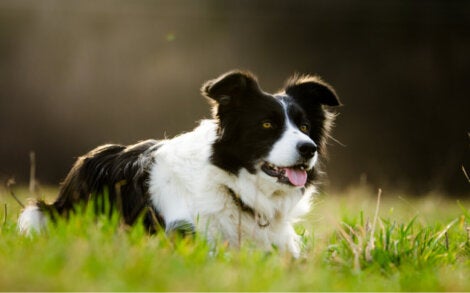 Dogs always find ways to show that their understanding is better than we think. On this occasion, one of them,… 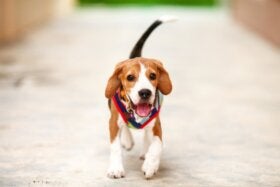 Health
Why Is My Dog Limping?

When you see a dog limping, there could be many reasons, such as injuries, muscular problems, nervous disorders, arthritic problems, etc. Even so, there are ways to find out what is causing it when it’s pain-related, through different signs, such… 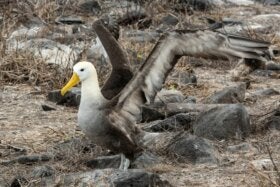 Birds
Wisdom, the Oldest Bird in the World 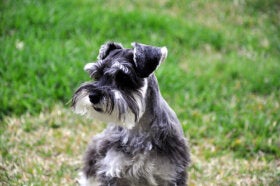 A trip to the dog groomer is much like a trip to the hairdresser for us. However, every salon is…