Bovine Sadness Complex: What Is It?

When you hear the term, Bovine Sadness Complex, you may imagine a depressed cow. However, it's actually a complicated health issue. 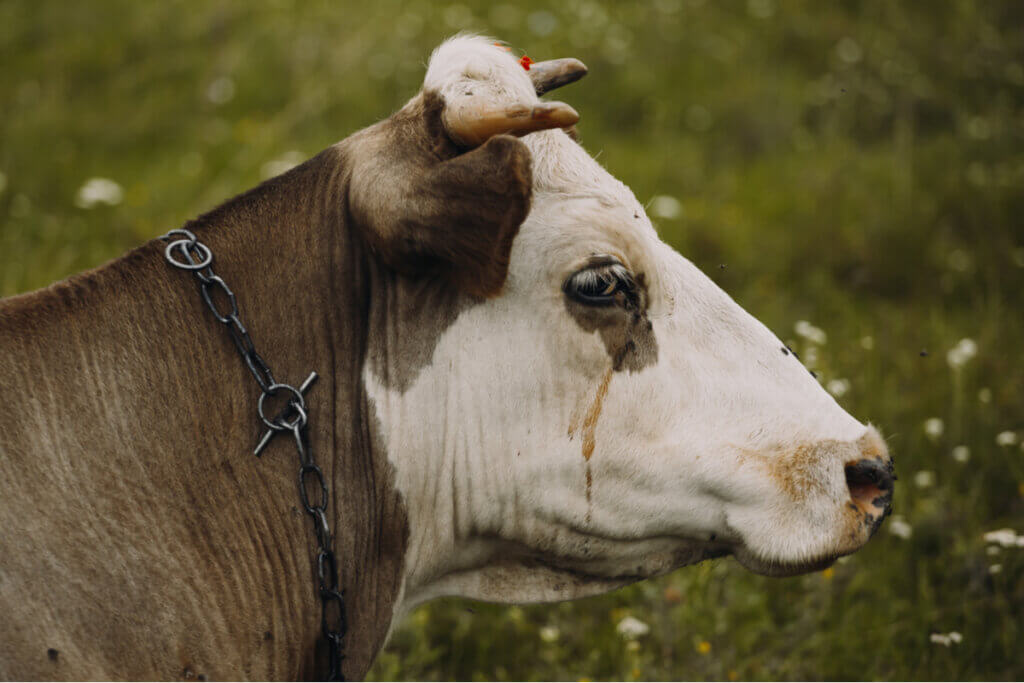 Bovine Sadness Complex is the colloquial form for a group of diseases that regularly affect cattle. It’s a syndrome caused by two very different microorganisms: a parasite and a bacterium. Both spread by means of insect bites and are, therefore, vector diseases.

The symptoms cause the animal to be permanently apathetic and indifferent. The cows lose interest in their companions and the environment around them due to the general malaise. And that’s what makes this disease so difficult; the key is to realize that this so-called sadness is a pathological state.

Bovine sadness complex, a condition that we can no longer overlook

The term refers to two diseases, although they share several characteristics. In particular, farmers who talk about this syndrome are describing bovine babesiosis and anaplasmosis, the causative agents of which are as follows:

The growing importance of vector-borne diseases

The incidence of vector-borne diseases is steadily increasing, both in animals and in humans. This is the case for most seasonal diseases, including those that fall within the scope of these guidelines.

Bovine sadness complex is transmitted by bites from an arthropod known as the common cattle tick (Rhipicephalus microplus). There have also been cases where other blood-sucking insects, such as horseflies or mosquitoes, are involved in transmission.

Who usually suffers from this ‘cattle plague’?

It’s true that all types of cattle suffer from this disease, but the severity of the symptoms depends on factors such as the animal’s age. Young calves under 12 months of age often have mild infections with low mortality.

On the other hand, animals older than 2 years can show variable mortalities between 20 and 50%. Therefore, in calves, the disease isn’t very serious, but is very serious among adult cattle.

The symptoms that give the name to this particular disease

Cows suffering from Babesia or Anaplasma infections don’t show very specific symptoms. Rather, they’re the symptoms of any debilitating disease, such as fever, poor appetite, depression, or weakness.

In lactating cows, there’s a rapid drop in milk production, which alerts the farmer that something’s not right. In beef cattle, however, it’s hard to detect the disease before the affected animal is too weak.

The reason for these symptoms is the destruction of red blood cells, when any of the microorganisms we mentioned above invade them. This causes hemolytic anemia – due to the breakage of these cells – which leads to the constant deterioration of the animal’s state of health.

This is why cows seem sad: Their ears become droopy, their faces look sad, and they slowly detach from the rest of the group.

How to diagnose bovine sadness complex

As there are no specific symptoms, a differential diagnosis with many other bovine pathologies is necessary. For example, with leptospirosis, botulism, or anthrax. Even so, certain suspicions may exist when you observe vectors among the herd.

The only clinical evidence to confirm the diagnosis of ‘sadness’ is direct observation of the microorganisms responsible for the disease. By means of certain analyses, it’s possible to see Babesia spp. or Anaplasma spp. within the red blood cells of the sick animal.

The final step is to carry out the corresponding serological tests to detect the antigens or genetic material of the pathogenic microorganism. In fact, in this way, it will be possible to differentiate without error between the two agents in order to proceed with treatment.

Is there a treatment for Bovine Sadness Complex?

Like most infectious diseases, if caught in time, it’s possible to control the symptoms. To do this, you must first know for sure which organism is causing the symptoms in the animal:

The problem with both pathologies is that, if a veterinarian doesn’t make the diagnosis in time, the deterioration is usually irreversible. For this reason, the best recommendation is undoubtedly the use of vaccines.

Vaccination of livestock against babesiosis and anaplasmosis

Vets often use vaccines containing red blood cells from cows infected with a pathogen whose virulence has been reduced. They’re applied every year to cattle from 4 to 10 months of age that come from establishments where there are usually clinical cases.

It’s also advisable to vaccinate those born in tick-free areas and which will transfer to places where ticks may be present. However, they’re contraindicated in adult animals in case the virulence can be reversed. Therefore, vets only use the vaccine in very specific cases and under very well controlled conditions.

Countries in the tropical and subtropical areas of Latin America speak of it as one of their greatest obstacles to livestock success. The numerous losses in milk and meat production, the high costs of treatment or cattle, and the high mortality rate of bovine sadness complex give farmers no respite.

As a result of climate change, this and other vector diseases are only moving towards temperate regions.

Foot and Mouth Disease in Cattle
Foot and mouth disease was only officially discovered in the 19th century but has been recorded for hundreds of years. Find out more here. Read more »
Link copied!
Interesting Articles
Illnesses and Treatment
How to Treat and Moisturize Calluses in Dogs?