Adopted Dogs in Other Countries 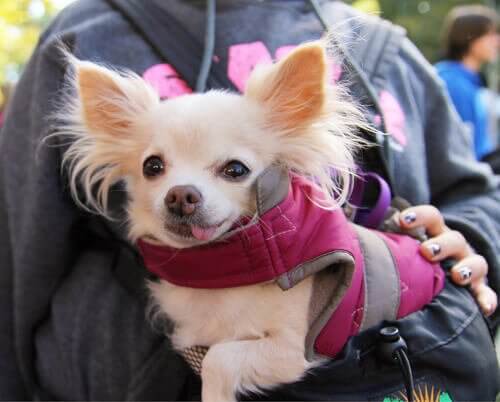 In Spain, around 110,000 animals are abandoned each year. Obviously, this number is far too high, and efforts to lower it haven’t succeeded up to now. Unfortunately, there are many animals, especially dogs, that end up homeless in rescue centers. However, there are projects to improve the lives of adopted dogs which originate from outside of the country.

What happens to all those dogs? Sadly, in the past, they had to be euthanized. However, Europe now has a plan for them, and we’re going to tell you all about it.

People in Spain who want to protect animals are taking care of as many dogs as they can. Many of the dogs have disabilities or are very old. The aim of these protectors is to find homes for these animals so that they can live out their last days with love and dignity.

For the most part, Spanish people don’t adopt dogs. The idea of adopting an elderly or ill animal isn’t part of the Spanish culture. Because of this, those who protect animals began to think outside the box.

They began to think of countries who don’t have as many abandoned dogs, and are giving them the opportunity to adopt them.

Germany, a pioneer in adopted dogs from abroad

Germany has been the number one country in adopting dogs from Spain. These adopted dogs are sick or old, and part of German culture is to want to care for the most disadvantaged animals.

In fact, Germany is the only country that has included animals in their national constitution, advocating for their rights. Moreover, they allow dogs to enter any public establishment. There are also no restrictions with respect to keeping an animal, and there are very strict laws on animal rights.

It’s a nation which is pioneering the practice of adopting dogs from other countries.

There are steps that have to be taken in order to adopt dogs outside of Spain, and they are much more involved than Spanish ones.

Organizations that are in charge of abandoned animals in one country have trusted contacts in affiliated countries for adoption of dogs.

Those in charge of placing the adopted dogs look for profiles of people who are willing to adopt a dog with special needs. They’ll do research on the candidate and also on the animal. They’ll also check to see if there are any family members who are elderly or if there are children in the home. The most important thing is to know whether the home will be ideal for the dog’s needs.

The potential owners should make a firm commitment to care for the dog and to be responsible for its well being, whatever changes there may be in their personal lives. Here we aren’t only talking about the home, but also about the health of the dog.

Once the investigation is complete and the perfect candidate has been found, the pet will be taken by plane or car to the new home. The person who places the pet will be checking to make sure that the dog will be well looked after for the rest of its life.

In addition, the new “parents” must sign a document in which they promise to return the animal if they are unable to take care of it in the future.

Uncertainty about some associations

There are rumors about some associations that try to benefit financially from adopted dogs that go to other countries. In spite of this, there is more good than bad in initiatives like this, and they usually work wonderfully.

However, we can’t judge everyone just because of a few who do it for the wrong reasons. Most of these associations are doing a marvelous job. It’s love for dogs that motivates them, not the love of money.

A Dog Adoption Campaign Run by a Milk Company? Believe It!
Now here's a quite tasty bit of news. A brand of organic dairy products and an animal protection organization have teamed up to launch a dog adoption campaign. Read more »
Link copied!
Interesting Articles
Animal Protection
Becoming a Member of an Animal Welfare NGO

Whether or not selling or buying a puppy is ethical is a matter for debate. On one hand, there are…

Why is the conservation of Eagles so important in Spain? Both Bonelli's eagle (Aquila fasciata) and the golden eagle (Aquila chrysaetos)…

Responsibility
Pet Monkeys - Why Is It a Bad Idea to Have One?