Say NO to the Mistreatment of Animals

From the humanizing of pets to laboratory testing to big game hunting, the mistreatment of animals is a reality today. In this article, we'll talk about the need to say NO to animal abuse. 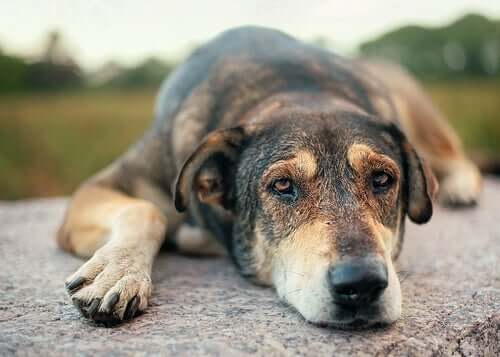 It’s encouraging to know that more initiatives are coming into existence to say NO to the mistreatment of animals. These include government programs, private organizations, and small grassroots and personal efforts. Our blog adheres to this declaration in every way possible. However, despite advances, our society still has a long way to go with the protection of animals.

Some advances against the mistreatment of animals

If you take a minute to recall, you’ll realize that it wasn’t that long ago that animals were the main attraction at the circus. You yourself may have even witnessed monkeys, elephants, bears or lions performing tricks under the big top. As a child, you may not have stopped to think about the threatening presence of the trainer.

In the not too distant past, it was also a symbol of pride and social status to dress in clothing made from animal fur. In fact, this is still a sad reality today.

Without a doubt, important changes in the conscience of a large part of the population have produced positive changes.

However, even though there are more and more citizens saying NO to animal abuse, the struggle can be discouraging. This is due to persistent legal and illegal actions that continue to cause suffering to voiceless animals around the world.

Just a few years ago, news broke out about the big game hunting expeditions in Tanzania. The expedition company claimed the expeditions actually aided in conservation, but video footage reveals the cruel reality. One of the hunters included an Emirate Sheikh who owned almost half of the company.

And speaking of hunting, we can’t overlook the suffering of dogs, especially greyhounds. These animals are used and discarded in this activity that is supposed to involve good practices.

Also, in various countries around the world–especially Spain–bull runs and bullfights are a popular cultural pastime. People come by the thousands to witness and take part in the spectacle. However, none of them stop to question the intense suffering that bull-running causes to animals.

Despite advances, there is still a long list of reasons to continue raising awareness and advocating against the mistreatment of animals.

Reasons to continue the fight against the mistreatment of animals

Despite advances, we can’t fool ourselves. There’s still a long list of reasons to continue raising awareness and advocating against the mistreatment of animals:

Humanizing pets, another type of mistreatment

When we talk about animal abuse, we can’t forget about the humanization that many pets suffer.

It’s a fact that many pet owners treat their animal companions as if they were small children or babies. In short, they refuse to respect the nature of their pets. When we talk about the humanization of animals, we’re referring to the following practices:

In these situations, health and behavior problems are quick to follow, which is quite logical. Therefore, it’s important to be on alert. The mistreatment of animals comes in all shapes and sizes. And it’s important to take a stand against every type of animal abuse.

How to Report Internet Videos Showing Animal Abuse
If you see any sign of animal abuse, you are often encouraged, including by My Animals, to report it whether online or by any other means. The question many ask themselves is how to do it? As we believe that, if we each do our part, we can eradicate this evil, we want to give you all the necessary tools to do yours. Read more »
Link copied!
Interesting Articles
Animal abuse?
Combating Animal Cruelty: How to Get Involved

Animal abuse?
Which Animals Can Be Pets and Which Can't?

Although dogs and cats are the top choices when it comes to choosing a pet, there are other options. These…