Buffalos and Livestock: A New Symbiosis

Making animal breeding opportunities more varied and diverse improves the quality of life in rural areas around the world. That said, let's look at the new symbiosis between buffalos and livestock. 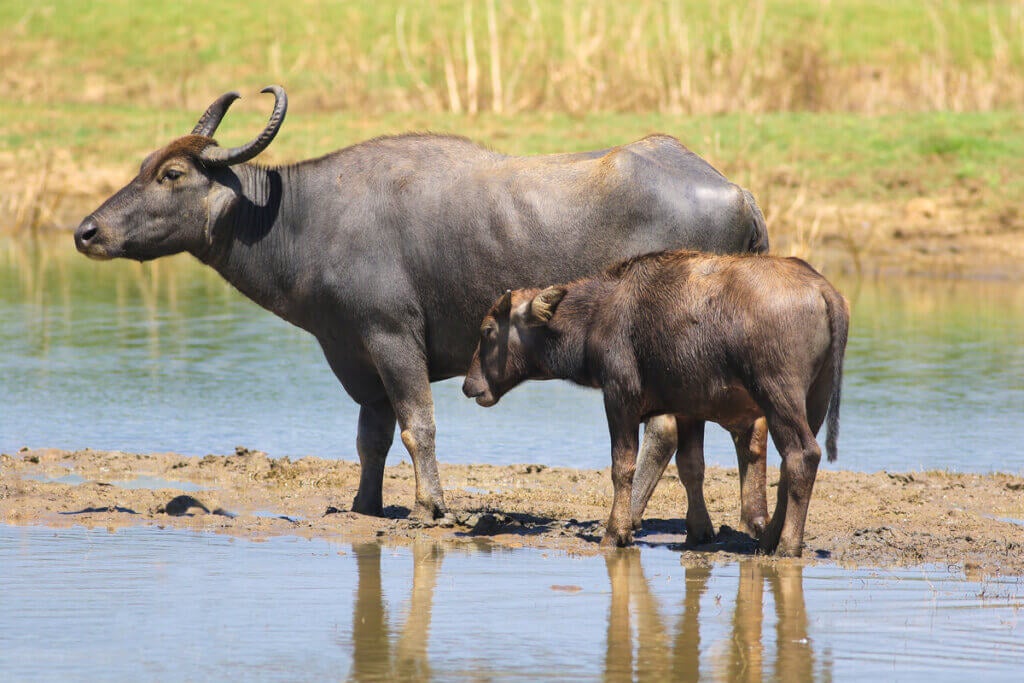 The production of water buffalos (Bubalus bubalis) has proven to be one of the most successful branches of cattle farming in recent decades. Especially taking into account the havoc that the mad cow disease wreaked on farms in many countries. This is why so much effort goes into understanding the particularities of this species. This is so that the relationship between buffalos and livestock farming will be a perfect symbiosis that improves the quality of life for humans and animals.

However, the negative effect that domesticating a wild species can have shouldn’t be underestimated; hence experts warn of the need to always maintain the balance and protect biological diversity at all costs. Here, we’ll tell you about the particularities of buffalo farming.

Buffalos and raising cattle: A small approach to the species

Buffalos are part of the bovine family, just like cows. They’re large, measuring up to six feet high at the withers and 2645 pounds. Like many of the exotic bovines, these animals have powerful antlers.

They’re known colloquially as “water buffalos” because of their preference for waterlogged or swampy areas. These bovines are able to walk on the muddy bottom without difficulty, thanks to their wide hooves.

This species began to be considered as a farm animal decades ago because of its triple purpose: the production of meat, milk, and work. In a context of saturated markets, this is a great opportunity to diversify livestock. Especially in marginal areas where other farm animals may not be able to adapt.

Importance of this livestock worldwide

The water buffalo has turned out to be one of the largest milk producers in the world. In several countries, its breeding and maintenance exceeds even that of traditional domestic cattle.

Most of the world’s buffalo herd belongs to small-scale producers in developing countries, who raise one or two animals. This is the case in India which, despite the small size of its farms, is one of the main producers.

Some countries have been developing breeding programs to improve buffalo production for years. This has allowed the creation of several specialized breeds, among which are the following:

The production of buffalo milk – at a global level – is the second most important, after bovine milk. This means that it exceeds several commonly used species such as sheep or goats.

The “river” variety constitutes 70% of the world’s population of water buffalos. Their milk represents a substantial part of the total milk production in India, Pakistan or the Middle East. Females produce between 1500 and 4500 liters of milk per gestation and have a very long productive life.

In addition to the advantages of buffalo farming, their milk has excellent nutritional value. This is especially true when it comes to the preparation of dairy products such as cheese, butter, or ice cream. However, it has more fat and lactose than cow’s milk.

The B side of the relationship between buffalos and livestock

The species Bubalus bubalis itself isn’t endangered but, as a result of its domestication, wild populations have continued to decline. But this isn’t its only problem. The greatest threat to the species is the disappearance of its habitat, the tropical forest, and the swampy areas it likes to live in.

Once again, human beings are responsible for seeking balance. The use of new land for agricultural use or construction shouldn’t mean the destruction of ecosystems. We must always prioritize the protection of virgin areas for the maintenance of biodiversity.

Bovine Brucellosis
Bovine brucellosis is a disease that can affect both cattle and humans. We'll tell you what you need to know about this illness. Read more »
Link copied!
Interesting Articles
Domestic Animals
What Is Genetic Selection in Domestic Animals?