"Silent Spring" was a novel that revolutionized the scientific landscape of the time, as it was the first public statement of the effect of pesticides on the environment. 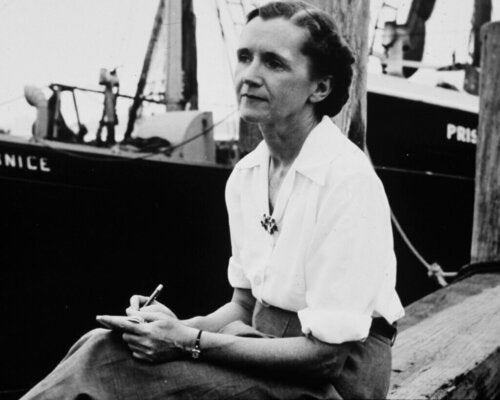 Biologist and writer Rachel Carson was one of the greatest conservationists in history. Her innovative works on the dangers of pesticides marked the beginning of the modern environmental movement. Today, she’s widely recognized as the “mother” of modern environmentalism.

Her book raised environmental awareness among the American public, and was instrumental in the unprecedented national effort to safeguard nature against chemical destruction. The incredible impact of her work primarily lay in the use of clear and accessible language. It was this that made it easy for the average reader to understand.

Rachel Carson was born on May 27, 1907, on a farm in Springdale, Pennsylvania, USA. She was the youngest of the three children of Robert and Maria McLean Carson.

Her love of nature came from her mother. It was this passion that allowed her to become a published writer for a children’s magazine by age 10.

Financial difficulties forced her to abandon her doctoral studies to support her mother and, later, her two orphaned nieces. When one of her nieces died in early 1957, Carson adopted her son. She then moved to Silver Spring, Maryland, to care for her elderly mother.

After beating all other applicants on the civil service exam, Carson became the second woman to be hired by the United States Bureau of Fisheries in 1936.

She worked there for 15 years, writing brochures and other resources for the public. She later earned a promotion to Editor-in-Chief of all publications of the US Fish and Wildlife Service.

Meanwhile, she also wrote several popular books on aquatic life. These included Under the Sea Wind (1941) and The Sea Around Us (1951). The latter was serialized in the New Yorker, and sold thousands of copies around the world.

These books constituted a biography of the ocean. Carson soon gained fame as a naturalistic and scientific writer who could be easily understood by the public.

She won a national prize for scientific writing, the Guggenheim Fellowship, which, along with successful book sales, allowed her to gain financial independence. She stopped working for the government, and moved to Southport Island, Maine, in 1953, to concentrate on her writing.

“And then a strange blight crept over the area and everything began to change (…) There was a strange stillness. The few birds seen anywhere were moribund; they trembled violently and could not fly. It was a spring without voices.” – Extract from Silent Spring.

Silent Spring is one of those rare books that made history, not by inciting war or violence, but by altering the direction of human thought.

The book primarily focuses on the effects of pesticides on ecosystems. However, four chapters also detail their impact on humans, including their link to cancer.

Through her work, this shy writer was able to challenge the practices of agricultural scientists and the government, and called for a change in the way humanity viewed the natural world.

By outlining the dangers of chemical pesticides, her book led to a national ban on DDT and other pesticides, and sparked the movement that ultimately led to the creation of the US Environmental Protection Agency (EPA).

In response, the chemical industry accused her of spreading misinformation. Chemical companies tried to discredit her, calling her a communist, and claiming she was hysterical.

Carson even testified before Congress in 1963 to call for new policies to protect human health and the environment.

Silent Spring is on the list of the hundred most important scientific books of the 20th Century. It’s easy to appreciate the author’s reverence for life in her work.

In 1955, she began a relationship with Dorothy Freeman. To the outside world, the two women were simply close friends. Freeman, who was in her 50s at the time, was married with children, and went out of her way to hide the true nature of their relationship.

Although much of their correspondence was destroyed shortly before Carson’s death, the rest was released to the public by Freeman’s granddaughter in 1995, in a publication entitled: “Always, Rachel: The Letters of Rachel Carson and Dorothy Freeman, 1952-1964: The Story of a Remarkable Friendship”.

Seriously ill with breast cancer, Carson died two years after the publication of her book. Later, in 1980, she was posthumously awarded the Presidential Medal of Freedom. Her former homes are considered national historic landmarks, and several awards are named after her today.

Seven years after her death, in 1970, Congress created the Environmental Protection Agency. This came as a direct consequence of the environmental movement that emerged in the wake of Silent Spring.

Two years later, in 1972, the government banned the use of DDT. It was this pesticide that had driven America’s national symbol, the bald eagle, and several other species of bird to extinction.

Her testament to the beauty and integrity of life continues to inspire new generations to protect the natural world and all its creatures. As such, there are many who believe that Rachel Carson may be one of the many greats who inspired young environmental activists such as Greta Thunberg.

Who is Jane Goodall?
Jane Goodall is without a doubt one of the most influential women in history and one of the greatest activists for the animal conservation and protection. Read more »
Link copied!
Interesting Articles
Wild Animals
The 5 Ugliest Animals in the World