In the Movile cave, there's no light, so photosynthesis can't be carried out. Because of this, the ecosystem isn't based on plants or algae, but has been built around masses of chemosynthetic bacteria that feed on toxic gases. 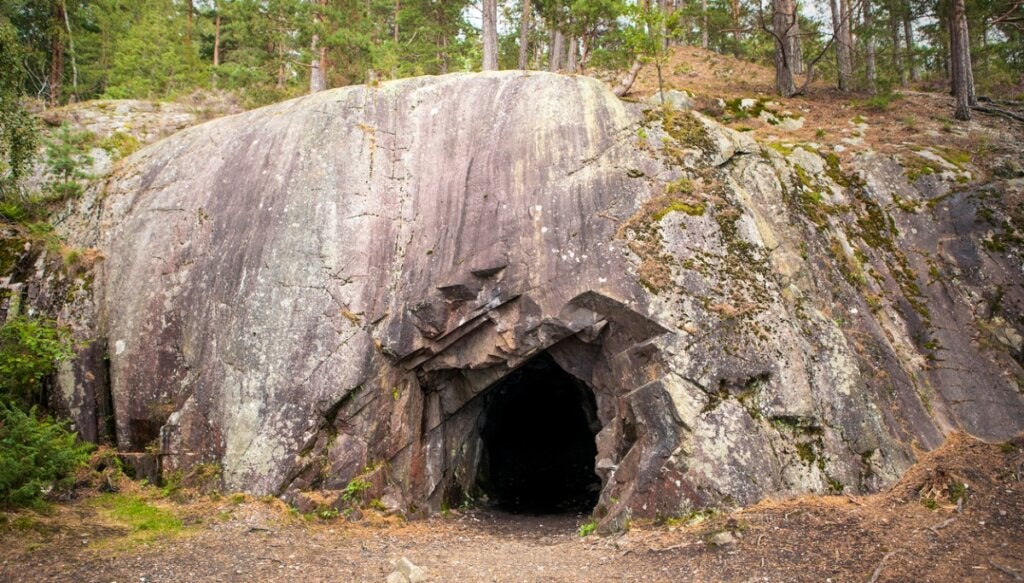 Movile Cave, located in a desolate wasteland in Romania, is a unique ecosystem on the planet. This area has been isolated from the rest of the world for approximately 5.5 million years. In its interior, complete darkness reigns, oxygen is scarce, and gases are toxic to human beings.

However, in this incredibly inhospitable ecosystem there’s still life. The organisms that were trapped in the cave have adapted to the harsh conditions after millions of years of evolution. As a result, more than 60 different animal species can be found in the Movile cave, 35 of which are endemic.

Without a doubt, these animals defy the natural laws that we would think were immovable. If you want to learn more about some of the inhabitants of this small but extreme world which is so different from the rest of the planet, read on.

This alien place is home to great biodiversity, against all odds. Its fauna is composed of invertebrates, which show very curious adaptations to troglodyte life. The following are some of the most remarkable species in this extreme ecosystem.

This centipede is the largest animal ever found in the Movile cave. At 5.2 centimeters (2 inches) in length, it’s one of the super predators that dominate this ecosystem. Its scientific name reflects this position, as it means “king of the cave” in Latin.

After millions of years of evolution in isolation from its relatives on the surface, this centipede has adapted to life in this extreme environment. It’s an endemic species in this place, and it’s morphologically and genetically different from its closest relatives. Like other centipedes, this arthropod catches its prey with the help of a poisonous bite.

Heleobia dobrogica is the only species of gastropod mollusk that has been found in the cave. This animal is a small snail, whose shell is spiral-shaped and white. It lives in the lake that occupies part of the cave and feeds on the masses of chemosynthetic bacteria that characterize the place.

Scientific studies indicate that the ancestor of this snail lived outdoors, which had a subtropical climate at the time. It appears that this species sought refuge in the cave when temperatures began to drop.

This arthropod is another of the Movile cave predators. It is a water scorpion, a relative of bed bugs, which has nothing to do with true scorpions.

Despite this, these invertebrates receive this name thanks to their enormous gripping appendages, reminiscent of the claws of a scorpion. The association with arachnids is also made by their posterior respiratory tube, which could look like a stinger.

Nepa anophthalma has been found on the shores of the underground lake, where it feeds on the other aquatic inhabitants of the cave, including isopods, amphipods, and annelids. As an adaptation to life in the absence of light, this water scorpion has no eyes.

Surprisingly, another of Movile’s cave’s aquatic inhabitants is a leech. Unlike its more famous relatives, Haemopis caeca is not a parasite. This leech preys on worms and other invertebrates.

Haemopis caeca can be clearly differentiated from its closest terrestrial relative, Haemopis sanguisuga, as it has no eyes and no skin pigments. These are typical adaptations of cave-dwelling organisms. Interestingly, neither does it have jaws or teeth.

4 species of isopods, better known as scale insects, roam the terrestrial galleries of this remote area. One of them is Trachelipus troglobius. These animals are small crustaceans that have adapted to life outside of water, but are still highly dependent on moisture.

Like the rest of the cave animals, isopods lack pigment, which gives them a semi-transparent white appearance. Trachelipus troglobius and Haplophthalmus movilae – another species of isopod – inhabit areas with more oxygen, near the lake. The other 2 species of isopod appear in remote areas, with less oxygen.

The 4 species of isopods have the same diet, since they feed on the masses of chemosynthetic bacteria, which are the basis of this entire ecosystem.

This troglobiont spider is another cave predator that feeds on coleopterans, isopods and other primary consumers of this ecosystem. Its body is very small and rounded, but its legs are very long.

This is another of the common adaptations for cave life. Since these animals are blind, they use their limbs to better navigate and explore the terrain.

This ecosystem and its fauna are an exceptional example of evolution in extreme environments and, therefore, must be carefully preserved and studied to learn about life on this planet. Interestingly, the ecosystems most similar to this cave are the underwater hydrothermal vents, which are also not based on photosynthesis.

6 Different Animals that Live in Caves
Bats aren't the only animals that live in caves. Today, we'll take a look at 6 different cave-dwelling animals and their habits. Read more »
Link copied!
Interesting Articles
Cats
How to Feed a Newborn Cat