Home » Training » Behavioral Problems » Why Do Some Dogs Pee On People?

Why Do Some Dogs Pee On People?

Sometimes, dogs decide to scent mark somewhere they shouldn't. We'll explain why in this article. 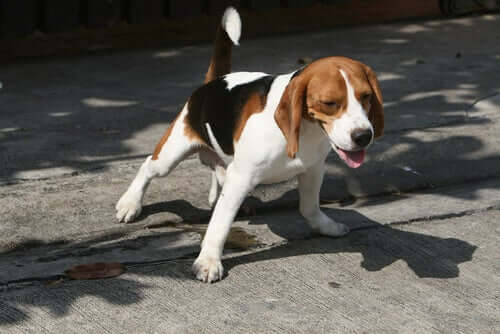 Having a pet isn’t always smooth sailing, and changing your pet’s unwanted behavior isn’t something that can be done in a day. If you have a dog, you’ll know that it’s not uncommon for them to leave scent marks around the house, especially if it’s a male. Some dogs have even been known to pee on people.

While the majority of owners have never experienced this problem, some have found themselves in the embarrassing situation of having to apologize to a complete stranger because their dog has just used them as a fire hydrant.

Why dogs pee: scent-marking is a form of communication

A sense of smell is very important to a dog. They rely on this sense to navigate and understand the world around them. Every scent-marking contains a huge amount of information: where the other dog has been, its size, the state of its health etc. This makes scent-marking a useful tool for communication with other dogs.

Dogs learned this strategy from their wild ancestor, the wolf. Wolves use scent marking – using either urine or feces – or visual markers – scratches on trees or on the ground – to identify themselves and mark their territory. In the wild, a pack’s territory can span several kilometers.

But it’s not just dogs and wolves that use urine to mark their territory. Many other animals do it too, particularly mammals, as their powerful sense of smell is often the key to their survival.

Where do dogs prefer to mark their territory?

When out on their daily walks, dogs like to scent mark on objects such as lampposts, trees, the sides of buildings. Pretty much any place that makes it easy to communicate with other passing dogs.

The height at which they leave their “message” is also important. The greater the angle at which the dog lifts its leg, they further the urine will reach up the wall. Any individuals that come across the scent will have a pretty good idea of the size of its owner.

With this in mind, smaller dogs have developed an interesting strategy when it comes to marking their territory. They make a huge effort to lift their leg as high as possible, in an effort to conceal their actual size. This makes other dogs think they’re a lot bigger than they really are.

By doing so, small dogs effectively “lie” about their size. Any other dogs that will pass by will be fooled into thinking that they’re in the territory of a much larger dog.

Inappropriate scent marking: why do some dogs pee on people

Many dogs pee when they’re excited or when they can’t control their emotions. For example, dogs suffering from separation anxiety may pee when their owner gets home from work.

It’s also fairly common for puppies that aren’t quite fully house-trained to defecate or urinate in the house and other strange places, or even on people. It can also occur in very old dogs, who are starting to lose control of their bladder.

However, if a dog has a habit of peeing in places it shouldn’t – whether it be on people standing in the street, sitting on a park bench, or strangers visiting the house – it may be the result of a behavioral issue.

How can you stop your dog from peeing on people?

Punishing your dog for urinating won’t help, especially if you don’t notice until a while later. It won’t understand why its owner is punishing it. As a result you’ll only end up scaring and confusing it.

In these cases, it’s best to try to tackle the problem from a behavioral level. If you catch your dog in the act of peeing, a firm “no” should be enough to stop them. You can then reward them when they relieve themselves somewhere more appropriate.

You could also consult with a canine behavioral specialist to seek additional training. They’ll be able to help you find the root of the problem by observing and analyzing your pet’s behavior. They’ll look at when the problem started, what kind of people they usually scent mark on etc.

You might also want to consider neutering your pet. The urge to mark their territory is rooted deep in the male dog psyche. Castrating them is a good way to combat this unwanted behavior, especially if it’s done at a young age. 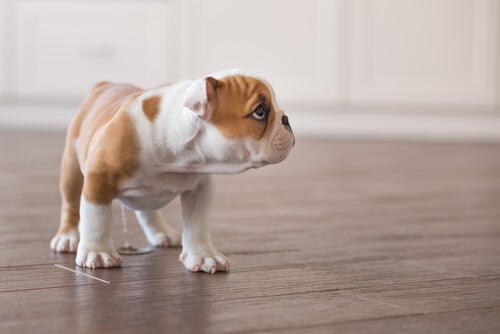 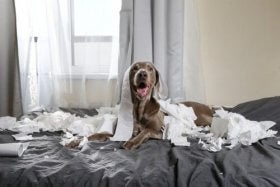 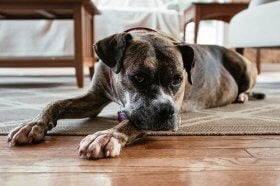 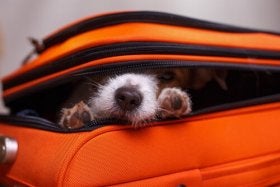 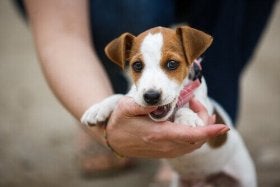 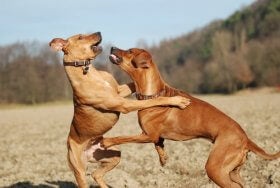 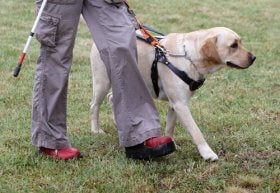