The 4 Most Common Behavioral Disorders in Cats

Behavioral disorders in cats can be transmitted to guardians in many ways, from aggression to deposition in atypical places. 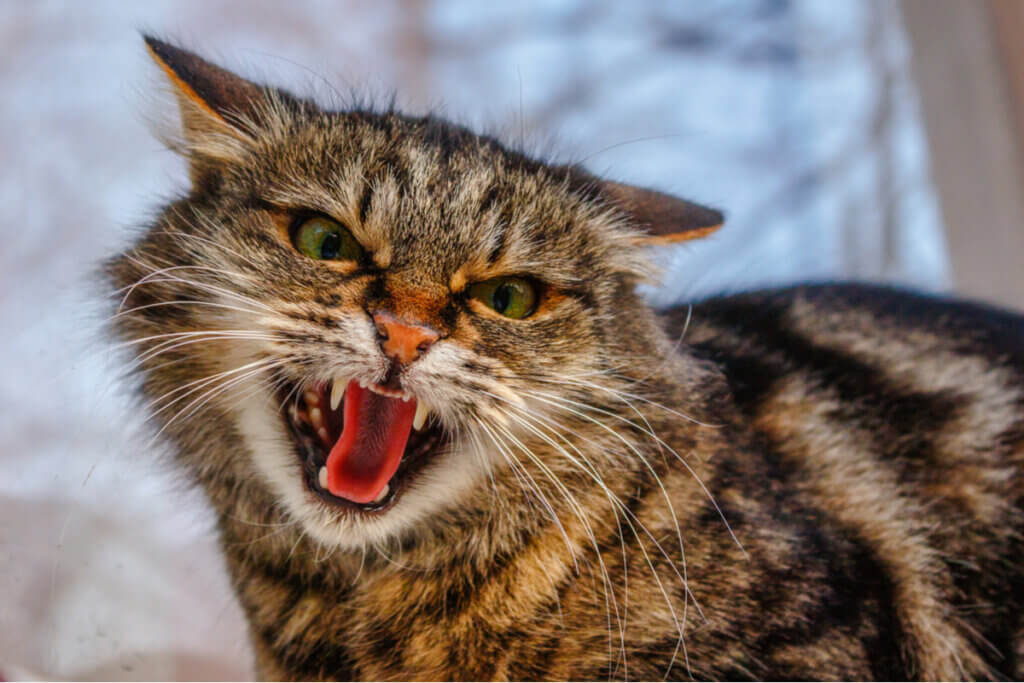 Sharing space and routine with another animal species is a profound and enormously enriching experience for humans. Even so, achieving a good coexistence is crucial when it comes to preventing behavioral disorders in cats.

So, do you want to learn more about the nature of cats and what behavioral disorders can develop out of their characteristics? You’ll find some very useful information below

That’s just how cats are

Ignore the title of this section. Cats, like all species, have their individual and unique nature. Although some species share certain trends, it’s important to know cats intimately in order to properly judge when an owner may be dealing with behavioral disorders in cats.


Despite their individual nature, there are a number of general ideas regarding the behavior of domestic cats that you can take into account. These traits are often common:

The coexistence of a cat with a human in an environment prepared for the latter can lead to a certain degree of stress for the feline. It’s important to identify which of these stimuli may be stressing the feline, as cats are generally prone to stress when any of the components of their environment change.

Some behavioral disorders in cats

Here are the most common behavioral disorders in cats. There are many more, but these are the ones that cause the most visits to the vet.

There are many complaints when cats defecate or urinate outside of their litter box. All cat owners will have had an accident of this kind. But, if you analyze it carefully, you’ll always find an underlying reason.

If you observe behavior in cats such as defecating or urinating outside the litter box or in specific places, this may be due to several factors:

Aggression or agonistic behavior in domestic cats can have many causes. In addition, it’s necessary to be prepared as owners, as it usually manifests itself through attacking behavior, such as scratching or snorting.

Isolated aggressive behavior shouldn’t be confused with behavioral disorders in cats. Like any other animal, cats react negatively to agonistic stimuli, such as invasion of territory or personal space. To avoid these, it’s best to get to know the animal so that its needs can be respected.

Excessive, too fast, or even no dietary intake may be a sign of one of a behavioral disorders in cats. It’s important to consider the environmental conditions in which the cat eats, such as temperature or the presence of other animals.

The amount of food at feeding time may also be important. For example, if the cat has been hungry at some point in its life, it may have developed food anxiety. On the other hand, if it’s suffering from stress due to an external factor or illness, it may stop eating.

A distinction must be made between typical nail-sharpening behavior and scratch marking. The latter is carried out as an informative, rather than aggressive, method to indicate the individual’s own presence in its territory.

When nail marking is done compulsively, this can be an indication of behavioral disorders in cats. You can assume that your cat feels the need to mark those objects that it considers as its own – and that it doesn’t want anyone to touch – because it’s stressed about its personal space.

The importance of asking for help with behavioral disorders in cats

Getting to know the feline in your house is essential in order to know what’s normal and what may be an indication of the presence of behavioral disorders in cats. However, if attempts to remedy these behaviors are unsuccessful, it’s time to visit the vet.

How to Prepare for the Arrival of a Second Cat
So, you're bringing a second cat home. Thus, it's important to plan it as it should be a healthy transition for the cat that's already there. Read more »