Are Giant Squids a Myth?

Some people have found some rather large giant squids -- some of them are over 46 feet in length. Someone captured one in 2004 for the first time and in 2006 someone else made a video of a live one. 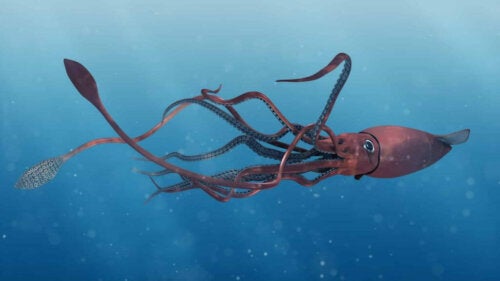 Until very recently, giant squids were believed to be mythical beings created by the tired minds of sailors. Oftentimes, when a large animal ended up stranded at a beach, people didn’t even consider it could be a squid. It seems scientists recently changed their minds, though.

The myth around giant squids

One of the first mentions about giant squids was authored by Aristotle, in the 4th century BC. Soon after, Pliny the Elder also described a cephalopod that weighed about 700 pounds and was as large as a barrel.

There’s a mythological being in Norwegian legends, the Kraken, which would destroy ships. It was about 3280 feet long. This mythical creature made it to literature. In 20,000 Leagues Under the Sea Jules Verne describes one, and Herman Melville also included one in his book Moby Dick.

The description of these animals varied greatly depending on who spoke of them, however. Aristotle said one of them measured “five fathoms” (a little over 9 meters) while the Vikings exaggerated the animal’s size and claimed they were several miles larger, for example. Despite having a clear picture of what a giant squid looked like physically, it seemed no one had ever actually seen one in person.

The earliest evidence that such an animal existed dates back to the 19th century. This is probably because the emergence of the press could then cover the news of a stranded animal.

However, we had to wait until the first decade of the 21st century to learn that such stories weren’t entirely false. In 2004, a trawler captured a giant squid for the first time. Also, after a long search, someone obtained the first video of a live specimen in 2006.

Since then, there have been many sightings and contact with giant squids. In addition to them being stranded, people have found traces of their remains in the stomachs of sperm whales. This is their main predator.

Finally, there were scientific programs that began to find and study them. Estimates indicate that more than 1,000 specimens have been found. However, almost all of them were the animals’ remains.

What we know today about giant squids

We still know little about the giant squid. But what we do know is they belong to the cephalopods genus. However, there’s no consensus on how many different species there are. Some say there are up to 20 different ones. Others point out it’s a single species widely distributed on the planet.

Physically, this animal looks a lot like ordinary squid. Their bodies are divided into a head (a sort of cloak) and tentacles. There’s a great deal of sexual dimorphism and females are considerably larger than males. The largest recorded female was about 46 feet long, while males only get to be about 33 feet long.

Giant squids are relatively light animals despite their size. The tentacles are the largest part of their body and can measure up to three times more than their mantle. Like other cephalopods, these tentacles have hundreds of suckers. These measure up to 2 inches in diameter.

There was one giant squid that weighed between 220 and 660 kilograms — females are also heavier than males. However, scientists are aware the found specimens are usually young animals still in development.

We know little about how they reproduce and how they breed. Some researchers believe the life expectancy of this animal is one to three years. If this is true then they’re the fastest-growing animals on the planet. They can gain about 220 pounds during the first months of their life.

Habitat of the giant squid

The giant squid has an extensive habitat. There are sightings of remains of these animals in every ocean, but to a lesser extent in tropical and polar areas – waters with extreme temperatures.

The first live specimen captured on video was swimming around the coast of Japan. There have been squids stranded on all continents, but one of the best-known cases took place in Galicia. It was still alive when it arrived on the beach but died on the sand. It was a female squid which had fatal injuries, apparently from a fight with another giant squid.

This animal inhabits the deep sea, but researchers documented that they can fish higher up too. The first video of a live one was obtained after baiting them, and this brought the animal a few feet higher up.

Their prey and predators

We also know a little bit about what these animals eat. This is because one can obtain clear data from the autopsies of the stranded ones. They feed on mollusks, small crustaceans, and there have even been fish of considerable size inside their stomachs — blue whiting in particular.

As certified by the female squid that died in Galicia, they actively hunt and can fight their peers for prey. However, they don’t only pick fights with their own.

The sperm whale is the only animal brave enough to eat them, as far as we know. However, the giant squid is hard to catch and won’t go without a fight. Thus, the sperm whales who’ve had them for dinner often end up with scars around their mouths. They have some truly epic underwater fights!

For a long time, people believed giant squids were a myth. But there seems to be enough evidence of their existence. However, we still don’t know much about them and there are still many years of discoveries and investigations ahead. We can’t wait to get to know this giant animal in more depth.

The Amazing Truth About the Squid’s Genetic Code
Squids are extraordinary animals with some amazing abilities, but today, we'll look at the squid's ability to change its genetic code. It's truly amazing! Read more »
Link copied!
Interesting Articles
Invertebrates
The Cricket: Is It a Pest or Good Luck?