Why Do Cicadas Sing in the Summer?

Why do cicadas sing in the summer? Today, there are a lot of things about cicadas that remain a mystery to researchers. However, we'll tell you what we know. 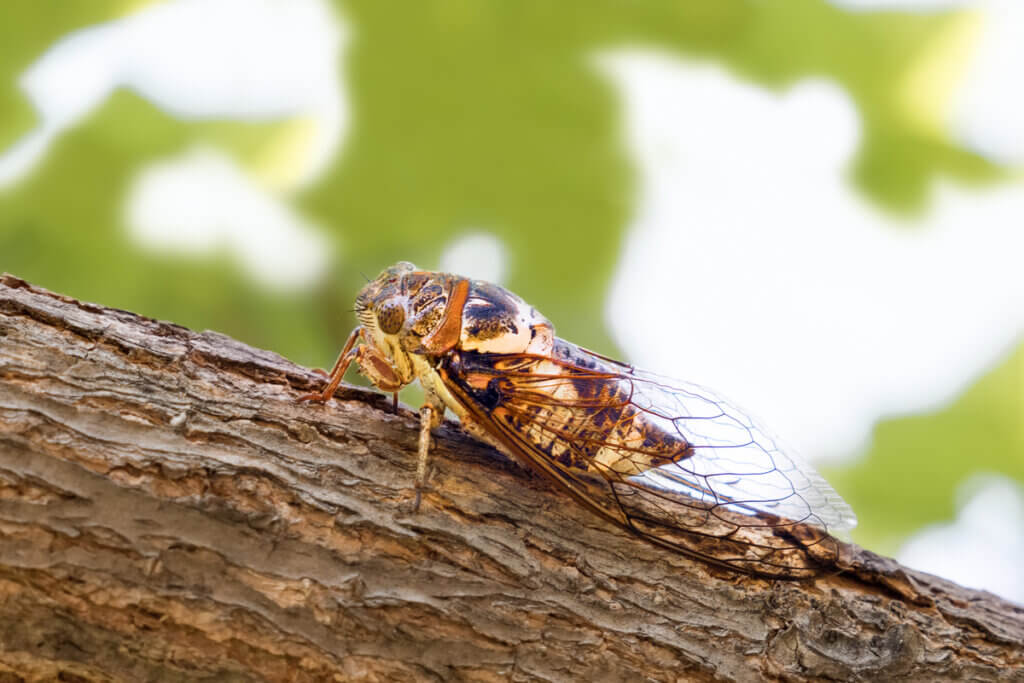 When long summer afternoons arrive, new sounds bloom in nature. For example, the chirping of young birds that are learning about life from their parents. However, perhaps the most striking sound you hear is that of a small insect, the cicada. Which brings us to today’s question: Why do cicadas sing in the summer?

The song that these small arthropods emit comes at just the right time to warn us of the approaching heat. It’s not surprising that the sound of cicadas in summer is the most typical in many regions of the world. But why does it happen?

The mysterious lives of cicadas

You’ve probably wondered where cicadas are the rest of the year, or why they only sing in the summer. What many people don’t know is that these insects spend most of their lives buried underground and only emerge during the warm months.

Therefore, when cicadas come out and sing, it’s a special event, called “the year of the cicadas“.

The song of the cicadas is the loudest sound produced by any insect. In fact, some of the smaller species of cicadas produce a song at such a high frequency that it’s inaudible to humans.

For many people, this repetitive noise results in a feeling of peace and serenity. However, for others, it can be very annoying. In fact, it and may even prevent them from resting during the hours when the heat in the temperate regions of the planet is most intense.

Despite what we might think, cicadas don’t sing like other animals with their throats. In fact, they don’t have a voice organ.

To emit their sounds, these insects use a membrane called a tympanic membrane, located between the thorax and the abdomen. Thanks to some muscles, known as tympani muscles, cicadas make the membrane that produces this strong sound vibrate.

But what’s the function of cicada singing in summer? Well, this sound only announces the reproductive period of these insects. In other words, cicadas sing to attract their congeners and reproduce.

The life cycle of cicadas is very particular. In most species, it usually lasts between two and five years. But, as we saw at the beginning, some species in North America have longer cycles, between 13 and 17 years.

When the summer heat becomes too intense, cicada nymphs emerge, all at once, and climb to the treetops. Once there, the last process of molting or ecdysis begins.

The animal pumps blood into its abdomen to expand it, and the outermost layer of integument separates from its body. After this, a line opens in the upper part of the thorax where a pale cicada comes out. Its new exoskeleton must still harden.

When the cicadas are ready, the singing commences. This may last several days, or even weeks until all of them have managed to reproduce. Then, the females, thanks to their saw-shaped ovipositor apparatus, make a small cut in the wood where they’ll deposit their eggs. Then, all of the adults die.

After several days, nymphs with disproportionately large front legs are born from small eggs. These legs are essential for digging. The nymphs drop to the ground and bury themselves near the tree roots. There, they feed for as many years as necessary until they’re ready to emerge again, as adults.

Far from what we might think, according to studies, these nymphs don’t harm or delay the growth of trees. Therefore, there’s no need to carry out any kind of pest control.

Why do all cicadas emerge at once?

In general, everything surrounding the life cycle of cicadas remains largely a mystery. Why some species take so many years to emerge from the ground, or why they all emerge at the same time, is something that keeps many entomologists on tenterhooks.

An ecological theory called the sated predator is one possible explanation for why they all come out of the ground at the same time. According to this theory, the more prey there is in a given place and time, the lower the probability of predation.

With respect to cicadas, when they come out together, birds will hunt many of them. However, there’ll still be many others that will be able to reproduce.

If a small group of cicadas comes out first or delays their departure, then they all run a greater risk of falling prey to predators. This explains the need to synchronize the cicadas with one another.

Although there’s still a long way to go to fully understand the way of life of these insects, what we know so far is amazing. The next time you hear cicadas singing, remember how long it took them to be ready to go out into the outside world.

The Giant Insects that Once Ruled the Planet
The sky was populated by giant flying insects millions of years ago. They were a rather large version of the current dragonflies. Read more »
Link copied!
Interesting Articles
Invertebrates
Discover How Worms Reproduce