What Are the Deadliest Animals in the World?

The deadliest animals in the world, according to humans, include many species based on their various characteristics. Continue reading to find out more about them. 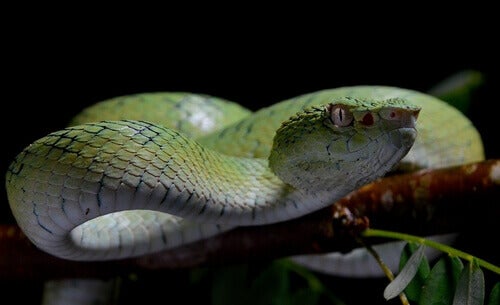 The world is as fascinating as is it dangerous, at least according to humans. This is because they’ve identified a handful of species and categorized them as the deadliest animals in the world. The fact of the matter is that every species has survival and predator mitigation strategies and, of course, some of them are lethal. In addition, there are some that merely act as hosts for some undesirable parasites.

When we think of dangerous animals, we usually envision carnivores such as lions and tigers, or perhaps large animals like the hippopotamus and the great white shark. However, despite the fact that these animals have been involved in attacks on humans, they’re not among the deadliest.

Surprisingly, the animals that cause the most human deaths every year are sometimes pretty close to civilized society (yes, it’s scary). Here’s a list, and we’ve arranged them from the least to the most deadly.

The fifth most dangerous animal on the face of the earth is an old acquaintance of experts in microbial diseases. We’re referring to the Glossina genus, commonly known as tsetse fly. The lethality of this animal, which causes up to 10,000 deaths a year, isn’t due to the insect itself.

Instead, it’s due to the fact that these insects carry pathogens such as the protozoan Trypanosoma brucei, which causes African trypanosomiasis or sleeping sickness. This condition threatens millions of people in sub-Saharan Africa.

Sleeping sickness is transmitted by the bite of a fly infected with said parasite. Afterward, it passes into the blood and then into the brain, causing significant heart and neurological problems. Without treatment, the parasite can lead to coma and death.

It may surprise you to find human’s best friend on this list but it’s true. Dogs kill about 25,000 people a year after biting them. Most of the deaths are the result of rabies, though.

According to a BBC article, dogs aren’t vaccinated in many developing countries. For instance, 40% of the global deaths from rabies occur in India. This is, indeed, surprising as dogs are the most common pets on the planet.

The third most lethal animal on the planet is the snake. These reptiles often use their venomous bite to hunt their prey and to defend themselves against their predators. There are several deadly species, although they rarely attack humans.

The most venomous snake

The indoor taipan (Oxyuranus microlepidotus) is the snake species with the most venomous bite in the world. Its venom can kill a person in less than 45 minutes.

Furthermore, this animal is native to the Australian Outback the deserts where there are hardly any people. Thus, there’s little interaction between them and humans. Records indicate that up to 80% of humans who have been bitten died as a result. However, snakes rarely attack people.

The most common venomous snake

The viper Echis carinatus is one of the snakes that causes the most human deaths per year. Its venom only leads to death in about 10% of the cases. This animal frequents populated areas and is very silent so it causes many deaths due to accidental encounters with them.

2nd: Humans are the second deadliest animals (440,000 deaths per year)

You may not believe this but humans are the second animal most responsible for the largest number of human deaths per year.

Apart from the enormous impact of Homo sapiens on other species, we’re also a huge threat to ourselves. According to the United Nations, there were about 437,000 murders around the world in 2012. Keep in mind that the figures differ from country to country.

The lesson is clear: humans should fear other humans more than they fear other animals.

The deadliest animal on planet earth is a pesky little insect: the mosquito. These tiny bugs carry and transmit diseases such as dengue, Zika, West Nile fever, and malaria. This latter disease is specifically transmitted by the Anopheles mosquito and claims about 600,000 human lives a year.

These diseases are prevalent in hot and humid areas, such as sub-Saharan Africa.

Even though there are many species of mosquitoes, they inhabit most of the world and coexist in human environments. This may explain the lethality of this pesky little insect.

Finally, next time you think of dangerous animals don’t worry about the fearsome crocodile or the huge grizzly bear. Instead, take a closer look at yourself and those nearest you, they could be the deadliest ones around.

Five Poisonous Animals that Don’t Seem to Be
There's so much we don't know about the animal kingdom. In this article, we'll tell you about five surprising poisonous animals. Read more »
Link copied!
Interesting Articles
Amphibians
The Differences Between Toads and Frogs