The blue eyes and very white fur of this cat breed sets it apart from other domestic felines. What's more, the Snowshoe doesn't require a great deal of care. 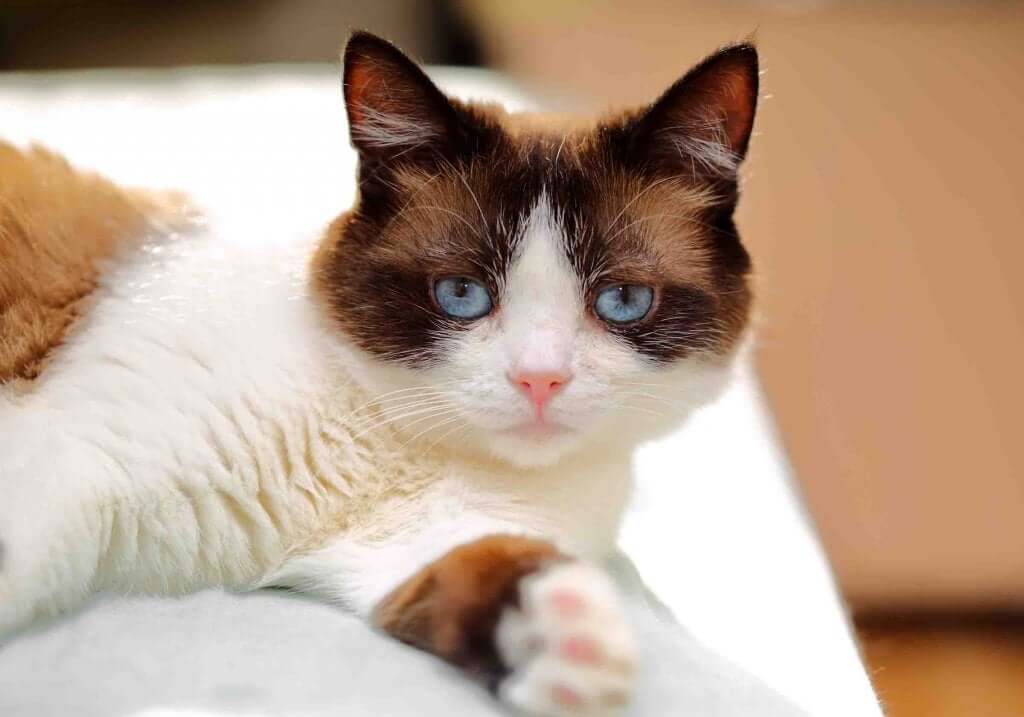 A cat with luminous eyes and beautiful white paws, it’s as if it were wearing shoes made of snow. What’s more, it has an inverted “V” on its face that’s also white. This is the snowshoe cat, a breed that’s the result of breeding between the Siamese and the American shorthair. Today, this breed is highly popular.

How did the snowshoe cat come to be?

Dating back to the late 60s in the city of Philadelphia, a professional breeder by the name of Dorothy Hinds-Daugherty came up with the idea for this breed. This woman sought out and was able to create a cat with white paws and a singular inverted “V” of the same color on its face.

Hinds-Daugherty also set out to maintain the colorpoint scheme, with darker coloration in the face, ears, and tail. Thanks to her efforts, this beautiful feline came into existence, with the long body of the Siamese and the muscular physique of the American shorthair.

However, there are no records of a large part of this animal’s history. For this reason, the exact way Hinds-Daugherty managed to keep their singular white feet, among other things, is unknown. We do know that many breeders had a hard time developing the original markings.

Despite everything, by the mid-1970s this cat had already received official recognition in the United States. And shortly afterward, it gained the same status in all of Europe. What’s more, even though the snowshoe cat is a relatively new breed, it has become very popular.

We present the Snowshoe cat, a domestic feline with white feet, as if it were wearing shoes made of snow. But this new breed also attracts attention thanks to an inverted “V” on its face, which is also white, and thanks to its luminous blue eyes.

Other physical characteristics of this beautiful breed

The snowshoe is an athletic, well-proportioned, muscular, and elegant cat. Among its physical characteristics, we should mention the following:

Snowshoe, a good-natured cat that meows a lot

Just like the American shorthair, the snowshoe cat has a peaceful nature and is calm and friendly. What’s more, this breed is active, intelligent, and curious. It’s an animal that loves to explore its territory and play with its owner.

This good-natured and affectionate feline makes for the ideal pet for any family. It adapts perfectly to living with children and other pets as well. In general, it tends to choose one member among its human companions as a favorite to whom it shows even more affection.

Of course, no cat is perfect, and the snowshoe cat inherited the habit of meowing frequently from its Siamese ancestors. What’s more, males have a strong personality and can display some fairly territorial behaviors.

With a life expectancy of between 10 and 18 years, this beautiful animal doesn’t normally possess any serious health problems. It’s a healthy, strong breed that has no known tendencies in regard to any specific diseases or conditions.

At the same time, the snowshoe is a cat that doesn’t require any major daily care. Weekly brushing with a smooth-bristled brush is enough to keep this animal’s coat in good shape.

In addition, if you prefer, a monthly bath with shampoo for short-haired cats will be more than enough to keep your pet looking splendid. Caring for your animal’s hygiene is always a good idea.

Like any pet, it’s important to provide proper nutrition according to each animal’s characteristics. What’s more, owners should take their snowshoe cats to the veterinarian periodically and keep up with scheduled vaccinations and worming. That way, you’ll make sure your feline is happy and healthy. 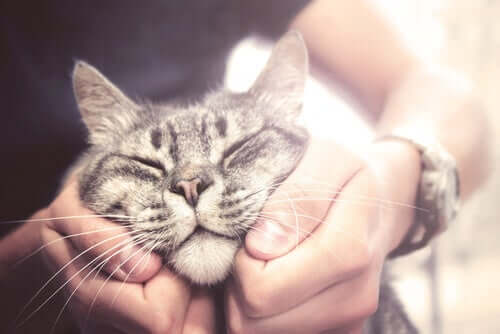 What Are the Friendliest Cat Breeds?
Lots of people aren't big fans of cats, as they have a reputation for being shy and unfriendly. So, let's take a look at some of the friendliest cat breeds. Read more »
Interesting Articles