Definition and Characteristics of Hybrid Animals

Hybrid animals are born as two animals of different species mate and successfully reproduce. The offspring may acquire the traits of both or just one of them. 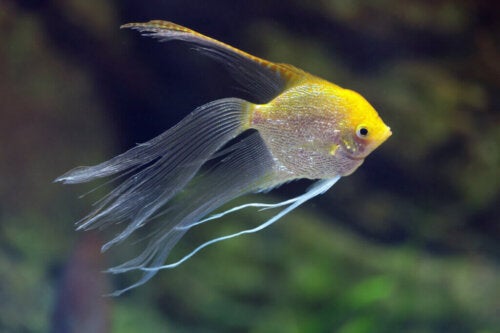 There are times when two different species mate and reproduce and hybrid animals are born as a result. In order for this to happen, the courtship behavior must be similar in both species, along with other elements.

For one, they must have a similar number of chromosomes, and the information stored in them must be nearly identical. There can be no offspring otherwise. Continue reading to find out more about the process of hybridization in various species.

The world of hybridization

Both parents must have similar behavior in order to be able to copulate. So could the offspring have stronger traits from one parent than the other?

You must know there are many behavioral traits inherited from parents to answer this question. Similarly, there is acquired behavior — through learning and observing the social group.

Researchers have worked at their labs with animals in order to study the behavior of hybrid ones. In fact, some of those animals already made it to the zoos. The liger, for example. There are some natural hybrids too, a few species of ducks among them.

Researchers use mice in many of their experiments and already created specific inbred ones. In fact, they choose one type or another depending on the study they’re going to conduct.

There’s plenty of evidence concerning the behavioral differences between the many varieties of mice. This is why the effects of the various pharmacological compounds tested on them could lead to many different results.

This is due to the fact that the neuroanatomical development and the physiological characteristics of these mice are different due to genetic causes.

In a study, researchers analyzed the behavior of several types of hybrid mice through tests. It was mainly to classify emotional behavior (anxiety, stress, and depression), motor performance, spatial learning, and memory.

From this research, one can conclude that some hybrid animals have a greater tendency to suffer stress and anxiety. Other types of mice do badly with spatial tasks due to their vision problems.

In previous studies, researchers had already demonstrated that hybrid animals had a better memory than their parents. This phenomenon is known as hybrid vigor. It takes place in many animal and plant species, and scientists demonstrated it by crossing pure breeds of poultry and pigs.

A liger is the hybrid offspring of a lion and tiger

Specifically, this hybrid animal is a cross of a male lion (Panthera leo) with a female tiger (Panthera tigris). It’s a human creation and already several centuries old.

In regard to this animal’s behavior, lions are mainly diurnal animals and live in large groups while tigers are nocturnal and solitary. The ligers’ behavior is more similar to that of lions. Furthermore, these animals are mostly sterile, even though there are some fertile ones out there.

The behavior of hybrid animals

Whether a hybrid animal’s behavior is more similar to one parent or both depends largely on the species crossed and the environment they grew up in.

Parental care (usually by the female in the case of mammals) greatly influences offspring behavior. Thus, the behavior of the hybrid offspring will, more likely, be similar to their mother’s. This is because she’s the one who’ll teach them how to survive.

Generally, everything seems to point to the existence of a dominant progenitor over the other from a behavioral perspective. However, when the hybrid is the result of two rather similar species, as is the case with mules, it’s difficult to distinguish between the behavior of one and the other.

Animal Hybridization: The Case of Grolar Bears
Animal hybridization in nature is more common than you might think. However, some of the best-known examples of this are a product of human intervention. Read more »
Link copied!
Interesting Articles
Cats
How Many Domestic Cat Breeds Are There?