Among the many classifications that can be found when it comes to designating animals, the oldest fish may not be the best known. Macolor macularis takes the prize in this category. 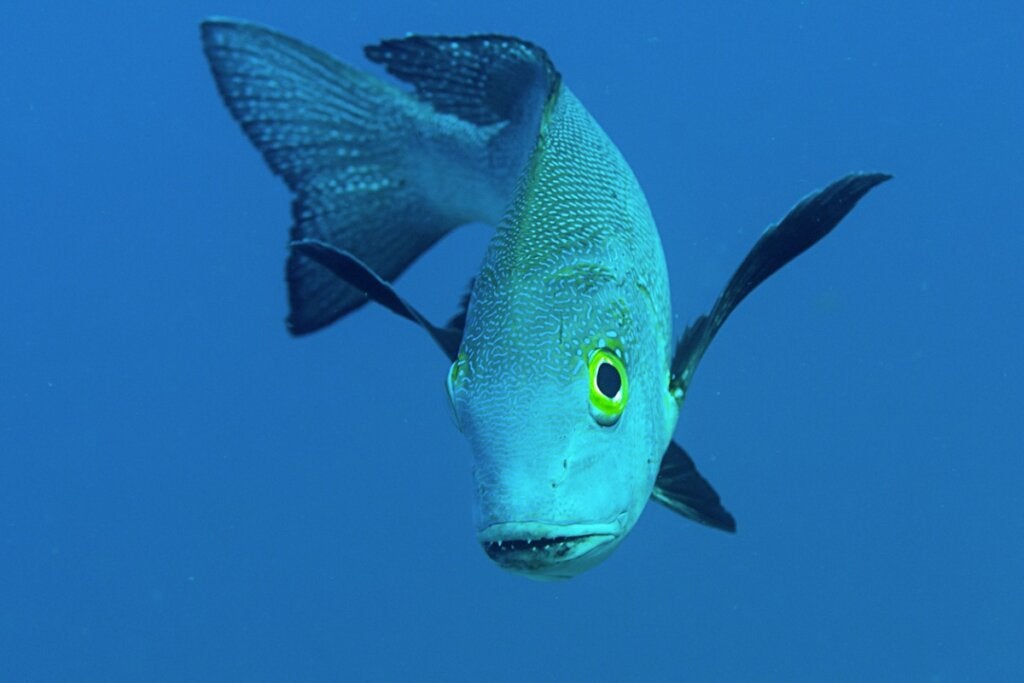 In 2016, Macolor macularis, the oldest fish in the world, was found on the western coast of Australia. In this catch, a significant number of fish were caught, of which several were over 60 years old.

Could you tell which fish the Macolor macularis species corresponds to? Do we eat it? Is it of scientific interest? If you want to answer these and other questions about this fish, don’t miss what comes next.

At present, scientists are investigating the growth and maximum ages of the aquatic inhabitants of the latitudinal zones. Their objective is to detect and expand its knowledge regarding coral reef fish and the effect of humans on their habitat – and the biodiversity that inhabits them.

In 2016, Australian researchers discovered the existence of two of the oldest fish on record today. Specifically, the oldest one belongs to the Macolor macularis species and at that time it was estimated to be around 81 years old. It wasn’t the only one, as they also found a 79-year-old sea bass (Lutjanus bohar).

When estimating their age, the reefs these species inhabit, usually with very long life cycles, were used as a reference. Regarding their location, both fish were found in the Indian Sea, in the northwestern part of Australia. The two belonged to tropical species not exploited by man.

Ultimately, the study concluded that these species had far exceeded their life expectancy. This may be due to the following factors:

Macolor macularis is not only an interesting fish because of its classification as the oldest fish. In fact, this species has many other qualities, both physical and physiological. Here are some curious facts about this fish.

1. It was discovered at the beginning of the 20th century

Macolor macularis was discovered in 1931 in waters belonging to the South China Sea and also in Japanese waters. After its discovery, this species was included in the order of the Perciformes, known as the largest group of vertebrates, with about 40% of the species recorded in this huge taxon.

2. The genus Macolor is made up of two species

At the time of its discovery, M. macularis was ascribed to two different species, Macolor macularis and Macolor niger. However, later, differences were found between them, based on different aspects that these species showed, such as the following:

Both species are part of the Lutjanidae family, which includes 109 species of snappers, divided into 17 different genera. In terms of distribution – like some species of the family – they are located in Oceania. Specifically, from the Ryukyu Islands, to Australia and the Melanesia sub-region.

4. The oldest fish is also nocturnal

Like many other members of its family, Macolor macularis is commonly found in markets. Normally, people want the product to be as fresh as possible, as this determines its subsequent flavor.

6. Its state of conservation is of little concern

According to the Red List of the International Union for Conservation of Nature (IUCN), the midnight snapper is among the animals of “least concern”. This implies that it isn’t currently in danger, but we can’t lower our guard, and nor should we negatively influence the species’ habitat.

We can conclude that Macolor macularis isn’t only the oldest fish in the world, but also has many other characteristics. Among them, this species stands out for being a marine fish that lives in Oceania that’s an important nutritional resource for the people of the area.

Learn All About Fish With Lungs: Lungfish!
These fish with lungs stand out for several reasons, although the most outstanding is that they metamorphose like amphibians. Read more »
Link copied!
Interesting Articles
Fishes
Eagle Shark: A 93 Million Year Old Fossil