According to anonymous sources, we are experiencing an unprecedented event of animal rights infringement, as Kim Jong Un appears to have banned the keeping of pet dogs in the capital city of North Korea. 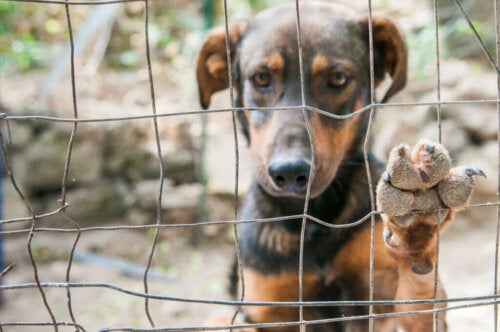 As bizarre as it may seem, various media outlets have echoed the following news: it appears that the North Korean President Kim Jong Un has banned the keeping of pet dogs in the country’s capital.

This event is not a mere rumor or a story, as prestigious media outlets such as Forbes Mexico magazine have echoed it in recent days. Still, we know that the information from the Democratic People’s Republic of Korea (DPRK) is at most scarce. Western media does not have access to it due to various censorship mechanisms.

Consequently, distinguishing reality from fiction is very difficult. Want to know more about this startling topic? Why would all pet dogs from a segment of the population be confiscated? If you want to know the answer, read on.

According to confidential sources of the South Korean newspaper Chosun Ilbo, the measure was imposed last July. Since then, the Pyongyang authorities have been (allegedly) confiscating all pet dogs in the capital. The argument provided? A matter of social classes.

According to these anonymous sources, Kim Jong Un considers pet dogs a sign of “Western decline”. In other words, they are a sign of social status, which shouldn’t be allowed under his regime.

These anonymous commentators argue that people from lower social strata are surrounded by pigs and chickens, while high-ranking officials and wealthy people have dogs. As a result, this causes unease in the poorest, and underlines economic differences between population segments in the country’s capital.

Several media outlets argue that this information must be taken with caution, as the Chosun Ilbo newspaper is blacklisted by the North Korean regime due to its critical tone towards the country.

On the other hand, other media outlets speculate a much more macabre reason. According to the United Nations (UN), 40% of North Koreans need food aid as they are below the poverty line. This precarious situation would have been considerably aggravated by the COVID-19 pandemic.

Therefore, these sources fear that the real reason for seizing pet dogs is to obtain a food source for the population. As strange as it may sound to a foreigner, dog meat consumption is relatively common in North Korea according to various sources.

Still, under no circumstances would this justify the impoundment of the animals in front of their owners. Unfortunately, we can’t provide any further information on the subject. As you can see, the information we have is based on anonymous sources and various speculations.

It’s essential to state, at this point, that relations between North and South Korea are delicate to say the least. Between 1953, when the war broke out between the two powers, and the present day, seven decades of instability between the two countries have passed. Certainly, South Korea’s relations with the United States hasn’t helped stabilize things.

Moreover, North Korea has held the lowest rankings in the World Press Freedom Index for several years. As if this wasn’t enough, Internet access is restricted, and only a few higher-ups have access to it. Consequently, information about this region reaches the rest of the countries in dribs and drabs.

These assessments are necessary when considering this news. We are far from defending the alleged measure because it violates the individual freedoms of humans and animals alike. However, it’s crucial to take these reports with caution, because they come from anonymous sources impossible to verify.

Banning the keeping of pet dogs in the North Korean capital is still an uncertain matter, which keeps all global media in suspense. If true, it would be a violation of animal rights on many levels.

Animals Rights Organizations Prevent Chinese Dog Meat Festival
Jokes about dog meat may seem funny to us until we know about the crude reality and the degree of certainty that this has with respect to dog meat. Today will tell you about the festival that began in China in 2010 and that activists are trying to stop year after year. Read more »
Link copied!
Interesting Articles
Animal Rights
AAP Primodomus: Europe's Big Cat Sanctuary