Can Animals Perceive the Passage of Time?

There are studies that suggest that for flies, time doesn't exactly fly. In fact, insects that are known for their great speed and agility perceive time far more slowly than we do. 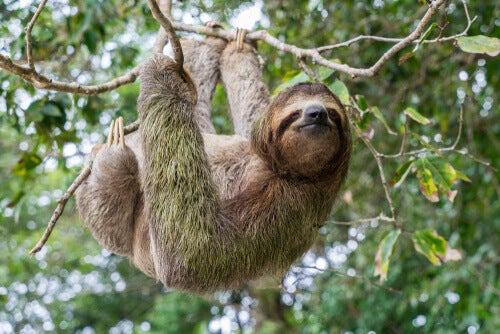 Scientists believe that the way in which animals perceive the passage of time is just another aspect of evolution and survival. For example, some studies suggest that, for flies, the world appears to move approximately 7 times slower than it does for humans.

How do we measure the perception of time?

All television, computer and movie screens flicker. To the human eye, this flickering light provides the illusion of a constant stream of images, due to the high frequencies at which these displays operate.

This is how the relative perception of time – which is unique for each species – has been measured. This is called the “critical flicker-fusion frequency”. This fusion frequency is the point at which flashes of light appear to merge before the viewer’s eyes. In this way, an objectively intermittent light source gives the illusion of being constant.

Human perception of the passage of time

When we knock on a door, a human will perceive a collection of simultaneous events, a combination of sound, sight, and tactile sensations. In reality, information – in different modalities, but from the same source – travels through the brain along different pathways.

In fact, this information reaches the brain’s processing centers at different times. As such, it’s reasonable to assume that the brain must engage sensory-motor control and information processing in order for us to perceive the “here and now”.

Based on these facts, experts believe that the interpretation of different sensory modalities that seem to occur simultaneously requires information processing typical of the human brain. This process is what gives us the representation of human time.

In the case of other animals, the perception of the passage of time will be influenced by the way their sensory system handles information relating to position and speed.

Animal perceptions of the passage of time – size matters

Flies can detect the blinking of a flashing light up to four times faster than humans can. This explains how flies avoid being swatted.

Flies perceive our “time” as happening in slow motion, giving them plenty of time to escape. Of course, time actually passes at the same speed.

A fly’s eyes send updates to its brain much more frequently than ours do. Its mental processes are also far faster than ours.

Research also suggests that the smaller an animal is and the faster its metabolic rate, the slower it will perceive the passage of time.

Research suggests that, in a wide range of species, how they perceive the passage of time is directly related to their size.

These studies highlight the importance of time perception in animals. In nature, the ability to perceive time on very small scales can be the difference between life and death.

The advantages of a secret communication channel

For any organism, ecology is all about finding a niche that no one else can fill, where it can be successful.

The auditory register of many animals allows them to hear sounds in a spectrum in which the human ear doesn’t operate. Similarly, some animals may be able to exploit differences in time perception between species to their advantage.

For example, many species – such as fireflies and deep-sea animals – use flashing lights as signals. It’s possible that larger and slower predatory species may be unable to decode these signals.

Further research is needed to understand how animals use their slow motion skills. It’s possible that there may be aspects of animal life that may be invisible to our eyes.

Everything You Wanted to Know About Fireflies
These enchanting insects are characterized by their ability to light up. Find out all you want to know about fireflies in the article to follow. Read more »
Link copied!
Interesting Articles
Domestic Animals
Buffalos and Livestock: A New Symbiosis

Noise pollution is a reality in every big city in the world, especially in those that are growing rapidly. Without…

Interesting Articles
Professional Training
How To Train a Falcon