The "One Health Framework": Looking to the Future

Although it has been two decades since this concept first came about, it continues to gain new followers today. To make sure you have all the facts, we'll tell you all about it in this article. 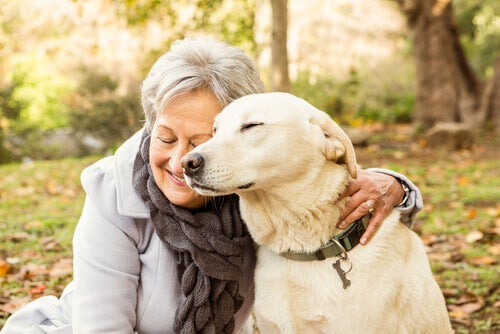 Since the beginning of human life on earth, we’ve often shared our resources with animals, including space and food. However, with the evolution of this relationship has also come the sharing of something else: disease. Today, the aim is to breakdown the existing barrier between human and animal health. Thus, we can ensure that knowledge and practices in one field can help to accelerate progress in the other, and vice versa. This is what’s known as the “One Health” framework.

The concept of “One Health”, which is also known as “Single Medicine”, was first introduced back in the early 2000s. It was developed in recognition of the fact that public health, animal health, and the environment are interdependent. It’s also due to the close link to to the ecosystems in which they coexist.

International support of the “One Health” framework

International organizations involved in health issues – such as the World Health Organization (WHO), FAO, and the OIE-World Organization for Animal Health – support and apply this “One Health” approach in their work.

These organizations see it as a global collaborative approach to understanding the risks faced by international health.

To do this, they make use of the intergovernmental regulations they publish, and the global health data they collect, as well as their network of international experts. Such experts include veterinarians, physicians, biologists, pharmacists, and environmental scientists.

These three organizations also publish a common statement that clearly defines their reciprocal responsibilities and objectives. Similarly, they also choose specific diseases they wish to tackle (such as rabies, which causes more than 70,000 human deaths per year), or challenges such as antimicrobial resistance.

Examples of actions carried out within the “One Health” framework

Firstly, the “One Health” framework highlights the international health regulations set out by the WHO. This is an agreement in which WHO member countries work to prevent and respond to serious public health risks that threaten to cross borders.

Secondly, the Codex Alimentarius Mundi, which was prepared by the FAO and the WHO, is a food code which acts as an example for food safety and consumer protection.

“One Health”: the importance of international health risk communication

Today, new technologies mean that nations can share information quickly and efficiently. As a result, different world regions are kept informed on health matters via a number of different communication systems. These include:

However, there’s still a long way to go in terms of building a network that connects all countries around the world. This network should provide reliable and understandable information that allows the effective management of international health risks.

Looking to the future

The concept of “One Health” is a call for the health of all creatures, not just human beings.

What’s more, it recognizes that human beings are a small part of an interconnected system, and participate in a complex ecological balance. It also acknowledges that human health is a reflection of animal health and, in turn, the health of the planet.

The best way to deal with this situation is to ensure that human and veterinary health services are based on the best available technologies. It’s also important to ensure that the incentives are tangible. By doing so, experts hope that, when the next serious health threat arises, we’ll have enough resources to deal with it.

The most recent achievements sponsored by the “One Health” framework include:

Biologist and writer Rachel Carson was one of the greatest conservationists in history. Her innovative works on the dangers of…

News
Can Animals Perceive the Passage of Time?