Whale Migration Routes are the Same as 270,000 Years Ago

It's not easy to study whale migration routes, especially when you want to look at what they were thousands of years ago. But now we can, thanks to some small mollusks. 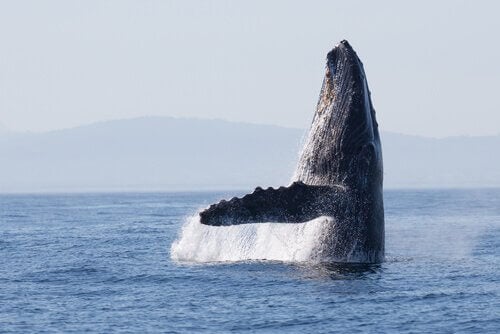 Year after year, whales, like other animals, tend to follow the same migration routes. However, it’s hard for us to be certain that this has always been the case. There are examples nowadays where they change those routes. That makes it all the more significant that a new study shows that whale migration routes are the same as nearly 300,000 years ago.

Whales often have mollusks called barnacles on their bodies. These little creatures are like guests who stick to the whales to survive. However, they can turn into fossils just like any other animal. By studying some of these fossils, researchers at the University of California have traced their way back to whales that died thousands of years ago.

But how exactly did they do that? Well, the barnacles take in calcium carbonate while they’re on the whales’ bodies to help them grow. That makes them great markers of the water quality wherever they are. What that means is that these little mollusks can give us clues about where their host whales were.

Barnacles use whales as a kind of safe habitat, and as a form of transport to areas with more nutrients in the water and more chances to reproduce and spread.

It’s also easy for researchers to link a specific barnacle fossil to a particular whale species. That’s because we know that specific mollusk species live on specific whale species. From there, they’ve been able to map the ancient migration routes of some famous subspecies like the humpback and gray whale.

They’ve been able to prove that some groups of humpback whales have been following the same migration routes along the coast of Panama for 270,000 years. This is especially interesting because it helps us understand how these large creatures might adapt to major events like climate change.

The migration routes of the humpback whale

The research team led by Larry Taylor had spent a long time studying mollusks. Their goal was to see what kind of information they could get about mass whale migrations that way.

At the time, scientists already knew that we can look at the barnacles stuck to living whales to study the environments they’ve been swimming through over the years. This research team did a very similar thing. In this case, though, they turned the clock back hundreds of thousands of years into the past.

Humpback whales can weigh over 36 tons and be over fifty feet long. This makes them one of the biggest kinds of baleen whale in the world. They’re also quite agile and can leap up out of the water. Male humpbacks produce songs nearly 20 minutes long, though we still don’t know what purpose they serve.

Humpback whales follow a migration route of about 15,000 miles every year. During the summer, they live in the colder Antarctic waters where they get most of their food. As the temperatures drop, they start to migrate to tropical and subtropical regions to reproduce and raise their offspring.

This is why there are humpbacks from both the northern and southern hemispheres in Costa Rica and Panama every year.

They also migrate to other seas, though. There have been much larger numbers of them in the Mediterranean and Baltic seas in recent years, probably thanks to their growing population since the ban against whale hunting.

We hope that this new study gives us a way to help them spread out all over the world’s oceans again.

Cetacean Species and Their Classification
Over the years, many scientists have dedicated themselves to the study and classification of cetacean species. Learn all about them in this article. Read more »