Jean-Baptiste Lamarck's evolutionary ideas have been widely discussed in the scientific community, but Darwin's theory has always been seen as mainstream. Nevertheless, there are still certain variations to this. 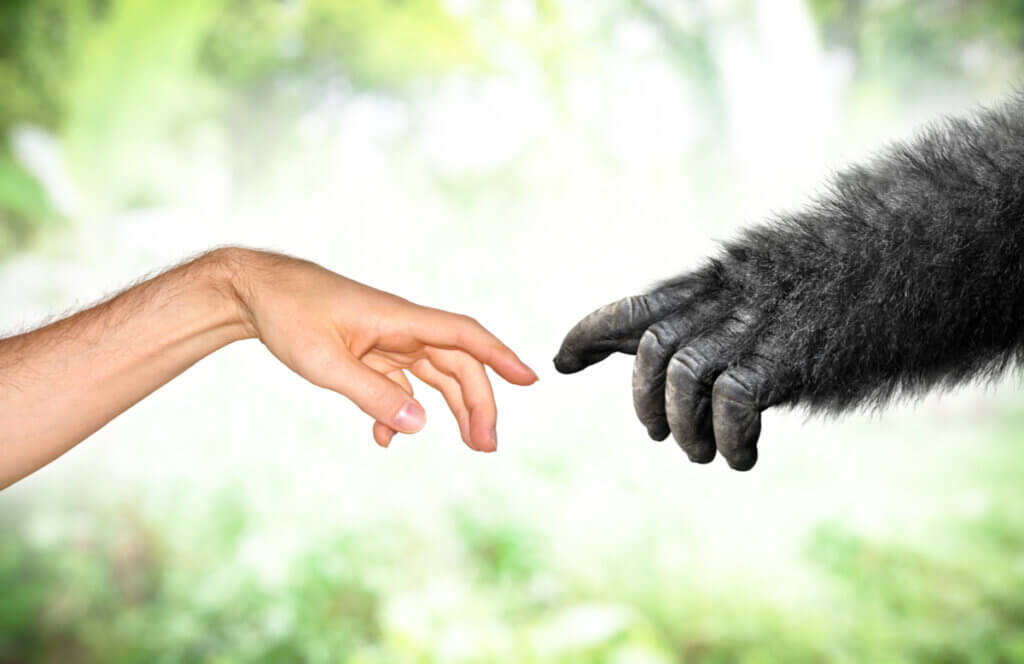 Lamarckism is a theory that proposes that living beings tend to be more complex and evolve to meet a need. The scientific community rejected this theory in the late 19th century, following the emergence of Darwin and Wallace’s theory of natural selection. However, some of its postulates seem to have been vindicated in light of new scientific discoveries, changing our way of looking at the evolution theories.

What are these discoveries and why would they endorse Lamarckism? Are the current evolution theories concepts that are becoming outdated? Read on if you want to know more!

Lamarckism and the giraffes that stretched their necks

Lamarckism is a theory that, when proposed in the early 19th century, scientists found convincing due to its simplicity. It’s based on an elemental principle: animals tend to become more complex as a result of a “vital impulse”, which motivates them to develop their characters in order to fulfill certain needs. Jean Baptiste de Pocquelin, a gentleman from Lamarck, explained his theory very graphically with the well-known example of giraffes.

According to this example, giraffes originally used to have a short neck, which allowed them to reach the lower leaves of the trees. However, due to the competition to get enough food, these were quickly exhausted. Therefore, giraffes would have made a special effort to reach the highest leaves and their necks would have stretched to the length we know today.

However, after the publication in 1859 of Charles Darwin’s The Origin of Species, Lamarckist ideas became “obsolete”. Darwin stated that evolutionary changes occurred by natural selection of the most suitable animal, animals being variable in their characters.

Thus, in the example of the giraffe, some of them would have longer necks, which would make them more apt to survive. If you want to know more about Darwin’s life, you can click here.

This, with later modifications, is the basis of contemporary evolutionary theories: natural selection, or survival of the fittest. In our times, the Darwinian natural selection theory is widely accepted. However, some aspects of Lamarckism may be right, as some studies have found. More on this up next!

Darwin proposes that the fittest are born with the characteristics that are most likely to succeed. Therefore, these individuals would pass on their genes to future generations. On the other hand, Lamarck proposes that the more the use of an organ or ability is required, the more it will develop in the animal’s life.

Does the environment influence genetic modification?

We live in a world where we accept that genes and their variability are the basis of evolution. Most of us, either consciously or unconsciously, have learned Darwin’s evolution theories in their entirety without question.

However, sometimes we don’t realize that some of Lamarck’s ideas are perfectly plausible. Neither is everything in life determined by genes alone nor are genes independent of the environment we live in. There are different ways in which the environment could modify genes, given the chemical nature of the genome.

Up next, we’ll explore some Lamarckist ideas and see which of them could be true and which we should probably discard. However, we’re moving into speculative terrain, so none of the above needs to be totally true or false.

Mutations are random, they have no direction

One of the misconceptions about Darwinian evolution theories is that this biological mechanism pursues a specific end. This is a Lamarckist idea since it advocated the theory that adaptations in animals had a meaning.

For instance, giraffes stretch their necks, eagles develop their vision, dogs improve their sense of smell, etc. Darwin, however, dismissed this, and simply assumed that those who better adapted naturally would thrive.

The Luria and Delbruck experiment of 1943 illustrates this very well. According to Lamarck, evolution is directional. This means that it would pursue certain beneficial adaptations.

However, Luria and Delbruck demonstrated that bacteria adapted to bacteriophage viruses in a completely random way, not by seeking to adapt. Mutations are the result of chance, and not of a predisposition of the environment to generate mutations in a specific direction.

This option seems completely plausible. According to some studies, Arabidopsis plants stimulate the recombination of their genes when attacked by parasitic fungi. In addition, this mechanism improves genetic variability, which may lead to an advantage for plants.

Other articles support this idea, adding that this increase in genetic recombination also occurs in the face of other types of stress, such as exposure to some toxic compounds.

Although we haven’t proven that a similar mechanism is present in animals, we can see how the environment can influence the genes. And, not only that, but we could also be proving that it’s the living beings themselves that can influence their DNA depending on the conditions.

Not everything in life is genes

Although some scientists consider Darwinian evolution theories and their contemporary modifications to be correct, we must avoid thinking that everything is about the chromosomes.

It’s clear that the chemical nature of genetic material makes it constantly related to the environment around it.  Therefore, it’s susceptible to modification according to the prevailing conditions. These theories may seem shocking to us, but they do have proven components in their postulates.

Natural Selection and Adaptation in the Animal World
Animals all evolve over time. In this article, we'll tell you about natural selection and adaptation - two processes that influence evolution. Read more »