Having a Hawk as a Pet

Birds of prey are very demanding pets. You need licenses, very specific environmental conditions and they need a lot of food and training. 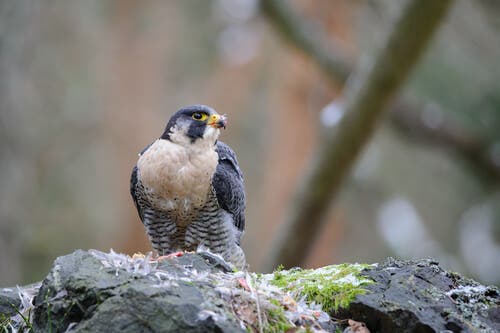 There are many acceptable animals as pets, but what about having a hawk as a pet?

Some facts about hawks

Hawks are medium-sized birds of prey and have so-called sexual dimorphism. This phenomenon makes the female, unlike most animals, larger than the male. Sometimes the female is double the size of the male.

This feature appears to be determined by their power. Their courting habits are also very peculiar. They attract each other through spectacular cries.

They exist worldwide, although they prefer the temperature of the northern hemisphere. They can be found in mountainous areas or tropical forests.

The only continent where they don’t exist is Antarctica. There are different species of hawk and they differ by their location; they also have several hunting techniques.

Characteristics of the hawk

There are two symbolic characteristics of hawks. The first feature is the flying ability they possess thanks to their sharp wings. This allows them to change direction at high speed compared to other birds; the hawk could be considered the fastest bird in the world.

The other characteristic of hawks is that they’re exceptional hunters. Thanks to their highly-developed sense of sight they identify their prey from the sky, and then dive and kill it instantly.

Birds of prey also have very long, strong claws. This prevents their prey from escaping while they hunt.

A hawk’s beak is curved downward. This feature allows them to tear their prey and feed. In short, all their physical characteristics guarantee their survival.

Hawks and their nests

To preserve and secure the life of their offspring, hawks make their nests in inaccessible places. Their favorite places are the high mountain tops and the tops of huge trees, making it difficult for predators to get to them.

After a year, hawks can reproduce and females usually lay three eggs. At birth, the offspring remain under the care of the mother, who will protect and feed them, until they can take care of themselves.

Why have a hawk as a pet?

Having a hawk as a pet can create a powerful symbolism. This bird often represents knowledge and wisdom thanks to the preservation skills they’ve developed. They’re also linked to victory and to achieving excellent results.

On the other hand, in Europe and thanks to Germanic traditions and symbolism, hawks are associated with war. So, the world of war surrounds the image of the hawk, as a sign of strength and courage.

Another important association is thanks to their acute vision and how fast they move. A hawk is a metaphor of being a visionary, and of seeing things that other people can’t see.

Having a hawk as a pet

Depending on the city where you live, you may need a license to have a hawk. You need documents before acquiring one to confirm that it’s legal. All documentation must always be adhered to, to avoid subsequent problems.

In some countries, such as Spain for example, only hawks born in captivity are legal pets. These birds have a special certification that makes their possession legal.

At the time of acquiring a hawk, you need to make sure it’s been captured in optimal conditions. Firstly, it must be a young bird, because it will adapt easier. If taken abruptly, the hawk will be afraid of humans, which will make it more difficult to become a pet.

Hawks cannot be compared to parakeets or canaries; they need space. In addition, certain conditions are necessary to maintain their health and cleanliness. Ideally, people who own this animal should usually live in the countryside.

These birds can die from poor human practices. There can also be accidents with humans, and so you should attend courses to train this type of animal. You need more than two years of training to raise a hawk.

A hawk’s diet is very strict, in the sense that they only eat meat; there’s no substitute for it in their diet. Attempts have been made to make tables for the calories that hawks require, but they’ve never been very accurate.

All You Ever Wanted to Know about the Falcon
In today's article, we'll tell you all about the falcon, a bird of prey with very developed eyesight. It can also reach great speeds when it flies.  Read more »