How to Feed Sparrows from Home

Do you want to observe birds but don't like the idea of keeping them in a cage? Perhaps making a feeder for sparrows and other city birds could be your answer. 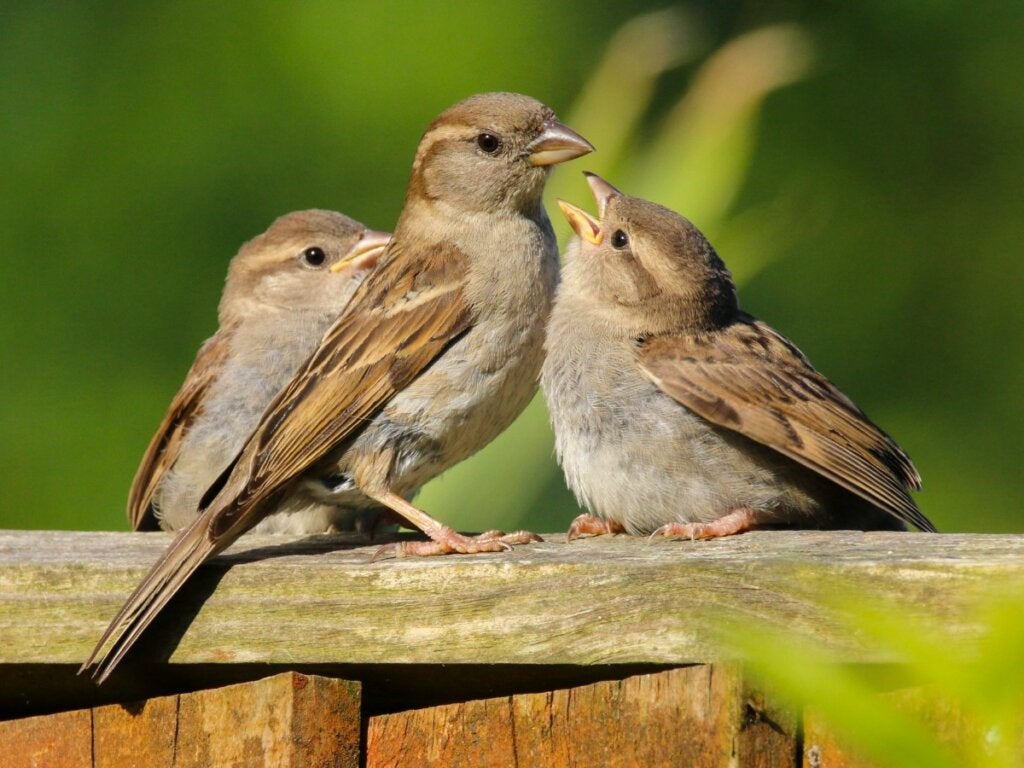 With the arrival of spring and summer, birds paint the skies of large cities and towns alike with songs and colors. Pigeons, sparrows, magpies and other lesser-known visitors coexist with us in cities, but sometimes we don’t realize that these birds also have a hard time with the heat and lack of resources. In this article, we’ll look at how you can feed sparrows from home.

Although it may not seem like it, helping the birds of the city is much easier than it seems, as it only takes a little ingenuity, a handful of seeds, and a lot of desire to learn. Here’s how to feed sparrows from home without altering their natural behavior. Don’t miss it.

The house sparrow (Passer domesticus) is one of the most common passerine birds in the world. It’s a species native to Eurasia and North Africa, but today it’s found in almost all regions of the planet – except Antarctica – by human introduction.

This bird is stocky, with shorter legs and a thicker beak than other sparrow species. The adult specimens are brownish in color with spots on the back, while the belly is pale. Sexual dimorphism is quite evident, as males have a “black bib” in their head region and females don’t.

Are sparrows in danger?

According to the International Union for Conservation of Nature (IUCN), the house sparrow is in the category of “Least Concern“. Even so, their populations are decreasing and, in some regions, this trend is beginning to be somewhat worrying.

As indicated by the Spanish RTVE information portal, the Spanish population of house sparrows has fallen by 21% in recent years – 30 million have been lost in a decade. Lack of resources, pollution, an increasingly high degree of anthropization of the environment, and other factors threaten the integrity of this species in the long term.

Despite adapting perfectly to urban environments, sparrow populations are declining at an alarming rate.

How to feed sparrows from home?

According to National Geographic Spain, sparrows that live in cities often suffer from anemia and malnutrition. The fact that humans produce a lot of food doesn’t mean that these birds can benefit from everything we throw away. This is because they’re not detritivores and are unable to metabolize many leftovers.

These birds are granivores and also consume insects from time to time, especially to fatten their young after the breeding season. Some of their favorite foods are oats, wheat and soybeans, but canary seeds and other dry untreated seeds are also excellent nutritional elements for these birds.

With this idea in mind, we’ll bring you some tips to feed sparrows in a healthy way in an urban environment. Don’t miss it.

The SEO Birdlife association gives us some very interesting questions to consider before placing a feeder in an urban environment. We’ll show them to you in the following list:

Above all, it’s especially important that you find out about the dietary patterns of sparrows before feeding them. Even if your intention is good, some foods can do more harm than good to birds.

What type of feeder should I use?

Sparrows are granivorous birds that find their food in the soils of cities and natural environments. Therefore, it isn’t necessary to make things overly complicated. Just leave a little pile of grains on the window ledge, if it’s wide enough and there’s no risk of the bird crashing against the glass. Alternatively, you can place it on the floor of the terrace or on the patio lawn.

If you want to enjoy your visitors a little more directly and locate their food area, you can place a tray-type feeder, that is, one with a wide surface and minimal depth. If you live in an apartment, be careful or directly refrain from placing it on the window ledge, as it may fall and harm a pedestrian.

In addition, you should bear in mind that these animals don’t only require food, but they also need water, especially in the hottest months of the year. Making a drinking fountain is somewhat more complex and it’s easier to purchase one, but this will allow them to cool and hydrate equally. Maintaining hygiene in all structures that are made available to birds is vital.

If your terrace is large or you have a garden, just place a large plate with many types of bird seeds on it.

Ultimately, you should keep in mind that feeding sparrows from home is a responsibility, if you decide to do so. You have to clean the feeder often and commit yourself to your visitors’ well-being. Be aware that a lack of hygiene in the material you use could spread diseases among the population of the city’s birds.

When the birds begin to arrive at the feeder, remember that you shouldn’t approach them or scare them. Observe them from a distance and respect their personal space, as they aren’t pets that want to interact with us. If you follow these tips, you can enjoy a small piece of nature on the right outside your own home. 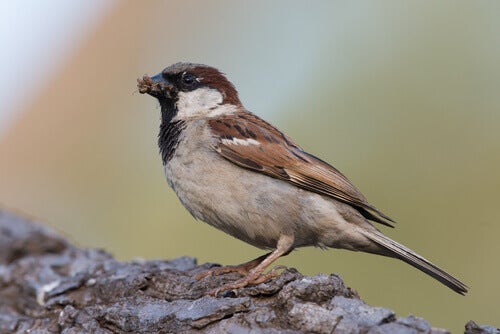 Characteristics of the Sparrow Family
The sparrow family is well-known for their lovely singing and also because they inhabit urban areas and aren't afraid of people. Read more »
Interesting Articles 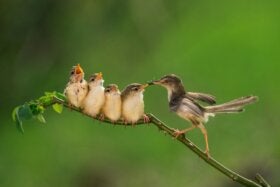 Birds
Feeding Baby Birds: All You Need to Know

Finding an unattended bird is a challenge. After making sure that the parents aren’t in the area, you could go… 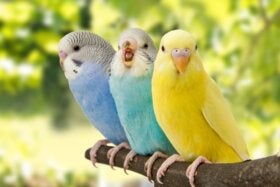 Birds
5 Signs Your Bird Is Happy

Understanding domestic birds is not an easy task for every first-time owner. These animals lack the voluntary facial musculature of mammals, and so their emotional states and signs are much more cryptic to us than those of a cat or… 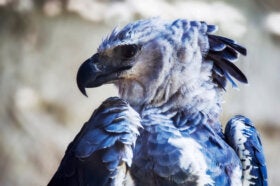 Birds
Harpy Eagles Endangered Due to Deforestation in the Amazon

The “lungs of the world”, the Amazon, is in danger and its inhabitants are disappearing little by little. An increasingly… 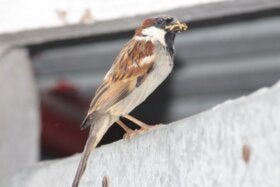 For decades, a myth has spread in various cultures and societies that if pigeons and birds eat uncooked rice, they end up exploding because it “swells” in their guts. This belief has reached such a point that, today, in certain… 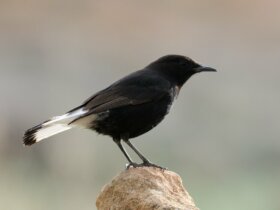 The black wheatear is a medium-sized bird that exhibits one of the most curious courtship behaviors in the animal world.… 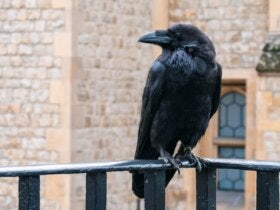 The curiosities about crows go far beyond their supposed association with bad omens and their relationship with evil entities, such as witches, demons, or death itself. Their plumage, beak, and black eyes have created legends and fear throughout history, but… 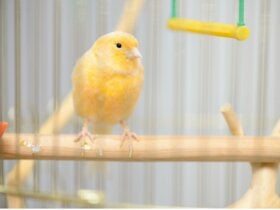 Birds
The Reasons Why a Canary Fluffs Up Its Feathers

If you have a canary (Serinus canaria domestica), then you may have noticed certain behavior that you don’t understand. Birds… 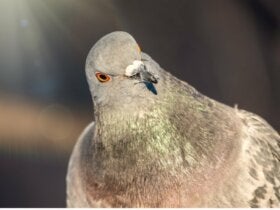 Birds
All About Pigeon Behavior

Pigeons (from the Columbidae family) group together a series of birds, such as the Gourinae and turtle doves, and form a total of 308 species. They have been part of human life since ancient times. From religious symbols to scientific… 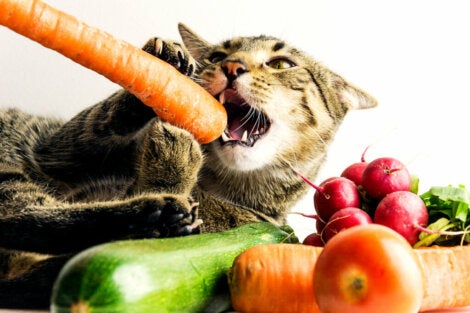 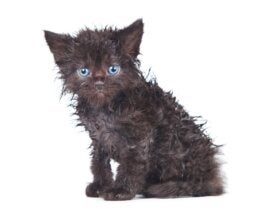 Bath Time
My Cat Isn’t Washing – What Should I Do?

The grooming habits of felines are famous the world over. It’s such a part of the lives of these animals…

Birds
Feeding Baby Birds: All You Need to Know

Finding an unattended bird is a challenge. After making sure that the parents aren’t in the area, you could go… 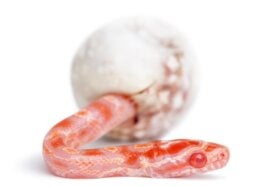 Reptiles
How Snakes Are Born

Snakes are well known for their elongated bodies, their poisonous fangs, and their particular way of moving. In addition to this, their form of reproduction isn’t as evident as in other animals, and it’s complex to define if they’re oviparous…